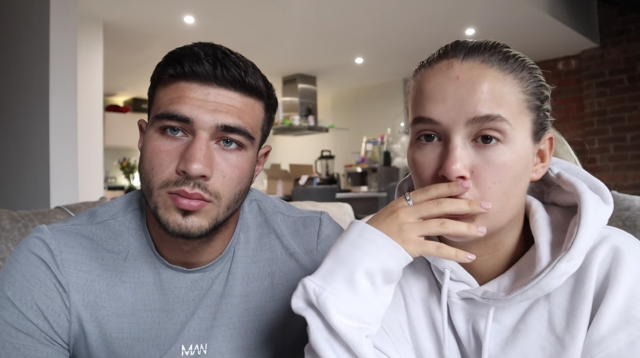 Love Island stars Molly Mae Hague and Tommy Fury have revealed how their dog died – in an emotional video.

Taking to YouTube the reality stars admitted they wanted fans to know “the truth” of what happened.

Responding to negative comments from fans saying they should have adopted a dog in the UK instead of shopping a dog abroad, Molly Mae said:  “Yes if we had our chance again we wouldn’t have imported from Russia.”

Revealing that they paid for an autopsy after Chai suddenly died of a seizure, Molly Mae revealed he was going to die anyway.

“The autopsy results showed that his skull wasn’t fully developed and part of his brain was exposed,” she explained.

“He didn’t have a single white blood cell left in his body,” she explained, adding that he would never have been able to fight off infection.