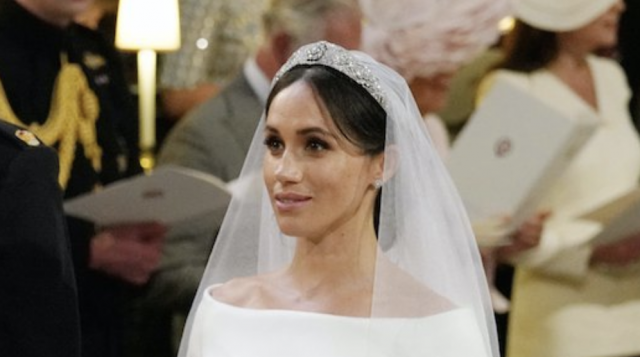 Meghan Markle’s wedding bouquet has been placed on the grave of an unknown soldier.

In keeping with Royal tradition, the bouquet – filled with Forget-Me-Nots (Princess Diana’s favorite flower), scented sweet peas, lily of the valley, astilbe, jasmine and astrantia, and flowers picked from the gardens at Kensington Palace by Prince Harry himself – was placed on the at Westminster Abbey on Sunday.

On route to her wedding at Westminster Abbey she laid her bouquet on the Grave of the Unknown Warrior in memory of her older brother Fergus Bowes-Lyon, who was killed in action during World War I.

The Duchess of Sussex has sent the bouquet she carried during yesterday’s #RoyalWedding to Westminster Abbey to rest on the Grave of the Unknown Warrior. More: https://t.co/pdFnYO1S49 @KensingtonRoyal @RoyalFamily pic.twitter.com/TnrCEl4M4u

Since then, nearly every royal bride has had her bouquet placed at the Grave of the Unknown Warrior.

Queen Elizabeth did, as did her sister Princess Margaret in 1960 and her cousin Princess Alexandra in 1963.

And Kate Middleton did it following her wedding in 2011.