Meghan Markle personally called MP Holly Lynch to thank her, after she condemned the British media’s “abusive” press coverage in an open letter.

Earlier this week, 72 female ministers showed their support for Meghan by signing an open letter saying they “stand with” her.

The letter was released just days after the Duchess of Sussex revealed how the negative press attention has affected her – ever since she got engaged to Prince Harry in 2017.

Holly Lynch, who spearheaded the campaign, told BAZAAR.com: “We felt we should make some sort of public intervention to recognize that we could see that some of the tones and some of the narratives in the coverage were inappropriate and that we were calling it out.”

Women MPs from all political parties have put aside our differences to stand in solidarity with the Duchess of Sussex today and are sending her this open letter. pic.twitter.com/ytLHG5qPf4

“It’s so obvious, its on the front pages of the newspapers, it’s online and the nature of these stories about the Duchess have been really quite sexist on occasion and also had xenophobic undertones.”

“That undertone being, ‘You’re different, you’re not from this country, you’re an outsider, we don’t trust you’. It’s been unpleasant to watch.”

“As MPs we all go through somewhat similar experiences, particularly women MPs who are subjected to the same kind of of abuse and intimidation,” Holly continued.

“I felt like we could make an intervention as women and let Meghan know, ‘You’re right, this isn’t appropriate.’ We wanted to stand with her in solidarity.” 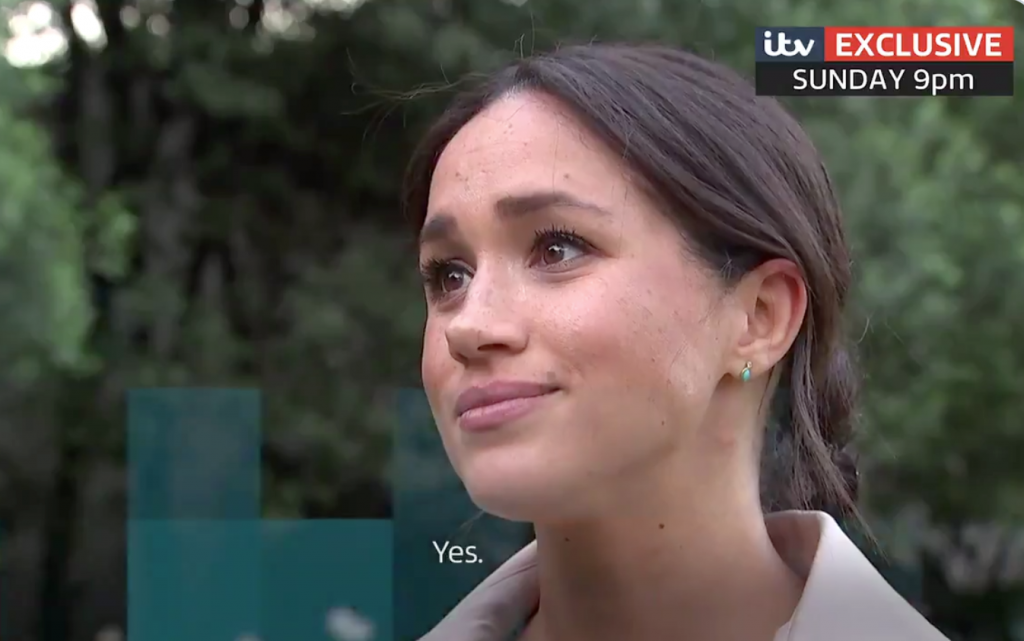 Speaking about Meghan calling to thank her, Holly said: “I was moved to hear from her. She wanted to say that she appreciated the gesture and to pass on her thanks to all the women who have signed.”

“We spoke about how being a women in the public eye it can sometimes feel like a lonely place to be but there’s actually a lot of us that feel feel this way way and when we work together we can be a real force for good, bringing about the changes that we want to see.”

“It’s frustrating that there are others who don’t recognize it. I hope that if we’ve changed anything it’s just that the people who have engaged in this type of coverage may think again,” she said.

“It doesn’t matter who you are, whether you’re a princess or a million miles from that, you shouldn’t be subjected to bullying, sexism or racism.”

EXCL: ‘I got a phonecall. It was Buckingham Palace asking me was I available to speak to the Duchess of Sussex.’

Meghan Duchess of Sussex called @HollyLynch5 this morning to say thank you. It comes after the Halifax MP sent her a cross-party letter of solidarity from female MPs. pic.twitter.com/8ykIEEvrbG