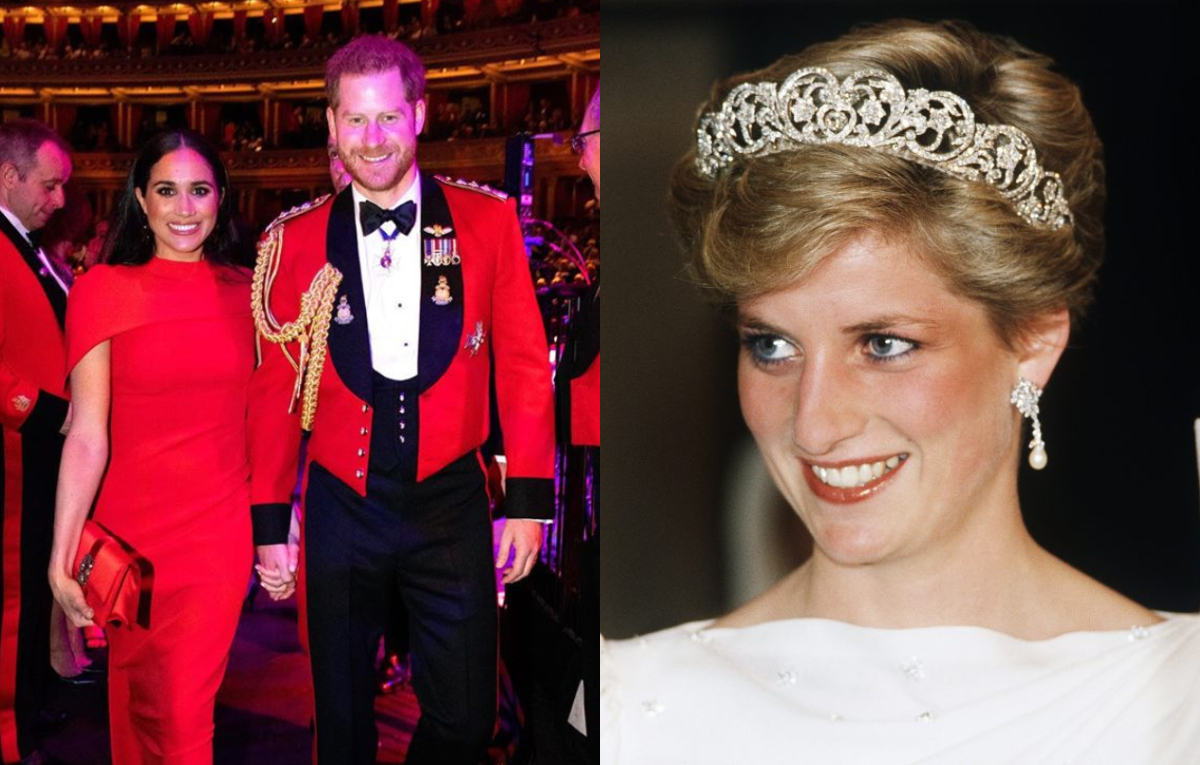 The new picture of the couple was released by TIME magazine on Friday, as they announced that Meghan and Harry will host a special edition of TIME100 Talks next week.

The talk will focus on the topic of ‘Engineering a Better World’ and building online communities that are more compassionate, safe, and trustworthy.

In the photo, which was taken by Matt Sayles, the Duchess wears a Cartier watch, which belonged to Harry’s late mother, Princess Diana.

Prince Harry and Duchess Meghan are hosting a @TIME #Time100Talks episode on improving the digital world and creating more compassionate communities online. “Engineering a Better World” will take place virtually on October 20 and is open to all: https://t.co/BSqfG5WBaG pic.twitter.com/wzvPGxUOz0

The £17,800 watch was worn by Diana on a number of occasions, and was reportedly a gift from her father on her 21st birthday.

Since she joined the Royal family, Meghan has been gifted several items from Diana’s personal jewellery collection – including a gold bracelet, and a pair of butterfly earrings.

Meghan also re-wore an Alexander McQueen Grain de Poudre suit for the photo, which retails at £2,300.

The Duchess first wore the suit back in February 2018, when she attended the annual Endeavour Fund Awards.