Meghan Markle and Prince Harry have posted a touching tribute to Princess Diana on Instagram.

The couple shared an inspiring quote from Harry’s late mother, 22 years after she died in a car accident back in 1997.

The quote read: “Carry out a random act of kindness, with no expectation of reward, safe in the knowledge that one day someone might do the same for you.” 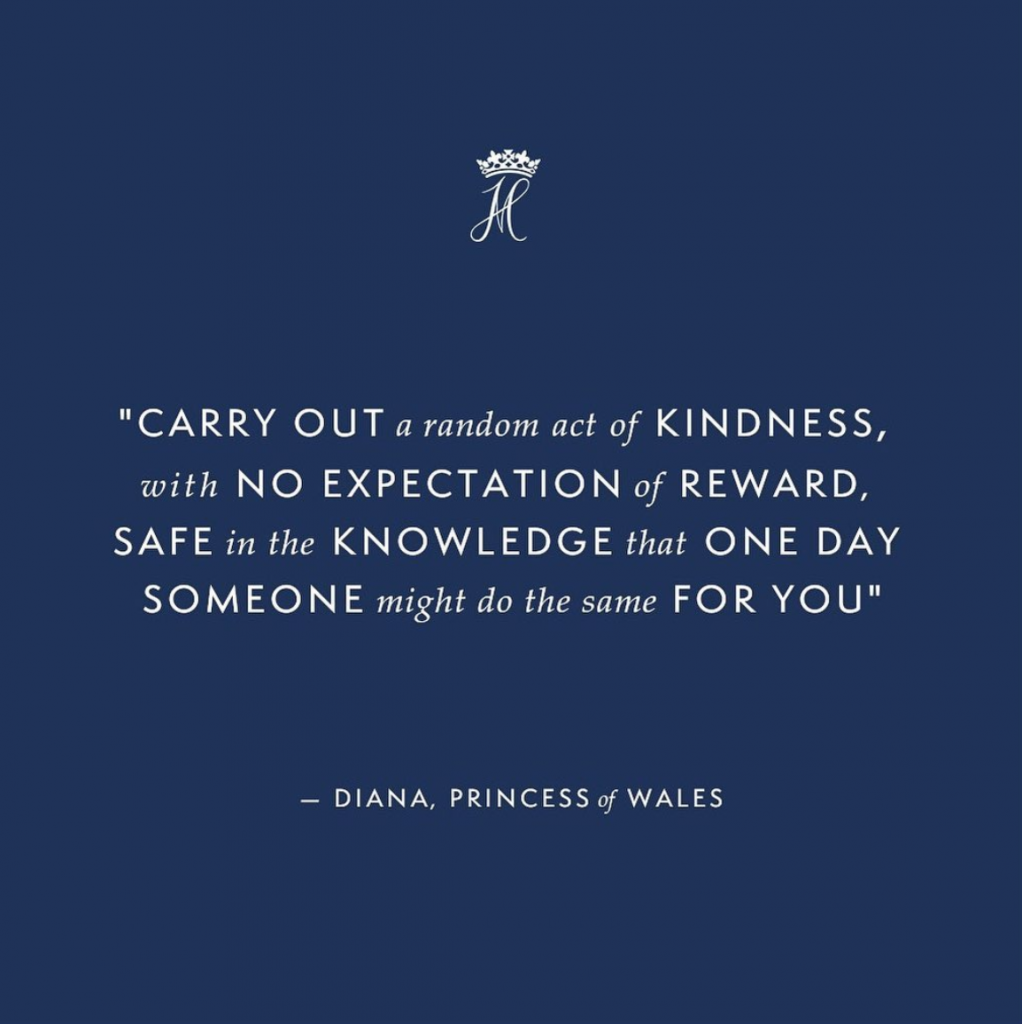 Harry and Meghan captioned the post: “Words have the power to inspire, which is why we’re happy to share some of our favourite quotes.”

“From members of the public to public figures, from teachers and students to young leaders, we begin with a quote from Diana, Princess of Wales.”

Prince Harry and his brother Prince William have continued their late mother’s legacy over the past 20 years, by working with charities that were close to her heart.

During Harry and Meghan’s first interview after their engagement in 2017, the Prince said he knew Diana would have loved Meghan.