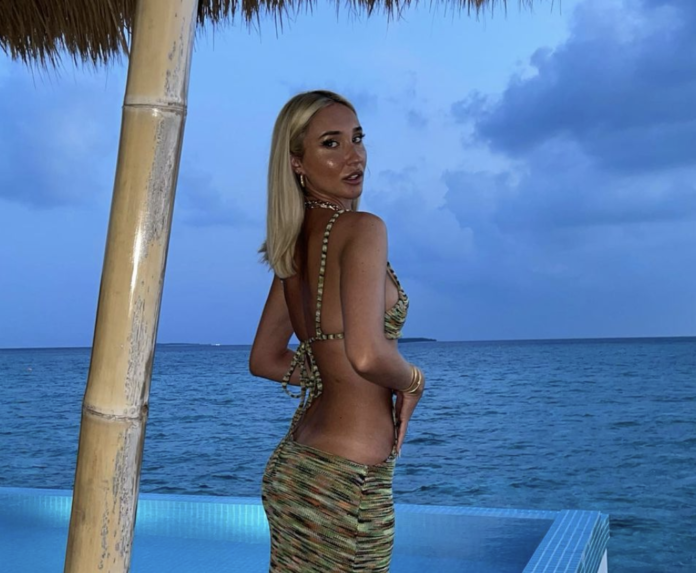 Megan McKenna has posed a rare snap with her camera-shy boyfriend Josh Riley, as they enjoy a luxury holiday in the Maldives.

The 29-year-old has been dating the businessman on-and-off since the summer of 2020, but Megan has never shared a photo of his face on social media.

Taking to Instagram on Thursday, the former TOWIE star posted a series of snaps from their holiday, including a selfie of her and Josh.

However, Megan made sure to cover her beau’s face with a white heart emoji.

The 26-year-old, who is the director of luxury fashion company Yelir World, is clearly keen to stay out of the spotlight as he blurs his own face in photos shared on his Instagram page.

The pair were first linked in August 2020, after The Sun reported that Megan was “smitten” with Josh.

At the time, a source told the outlet: “Megan and Josh have been dating for a few months. They’re totally smitten, it’s very sweet to see.”

“The pair of them are taking it slow but they have been talking about the future. Megan seems so settled and happy now, Josh has made her feel really happy.”

Their romance reportedly hit the rocks at the end of 2020, and Megan was spotted on celebrity dating app Raya.

However just a few months later, the couple rekindled their romance in February 2021, and have been going strong ever since.