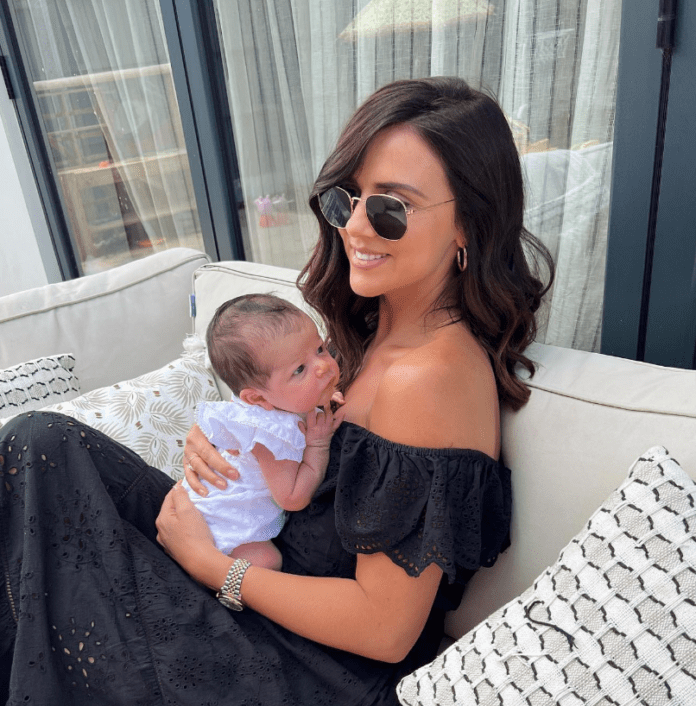 Lucy Mecklenburgh has revealed her baby daughter was rushed to hospital after struggling to breathe.

The former TOWIE star explained that 2-month-old Lilah was diagnosed with bronchiolitis after having been “really poorly.”

Taking to her Instagram story on Thursday, Lucy addressed the “lots of messages asking where I’ve been for 5 days.”

Lucy wrote, “Unfortunately Lilah got really poorly with bronchiolitis so we have had a few days in hospital. She is home now and doing well. I’m obviously not in any position to give medical advice but this is our experience for parents that may want to know what happened & what to look out for.”

“It started with Roman having a really bad cough I presume he picked up at preschool then Lilah caught it and 3 days in she wasn’t coping with it very well, tummy sucking in, cough getting worse, high temperature, coughing & choking on milk and her saliva.”

“In hospital she needed some oxygen and was tube fed for a couple of days. She had a nose swab that tested positive to RSV which causes bronchiolitis. The swab isn’t routine anymore but with Roman’s health issues it was important for me to know exactly what she had.”

However, the former TOWIE star revealed that “She’s home & happy now just a little sleepy & still has a bad cough.” 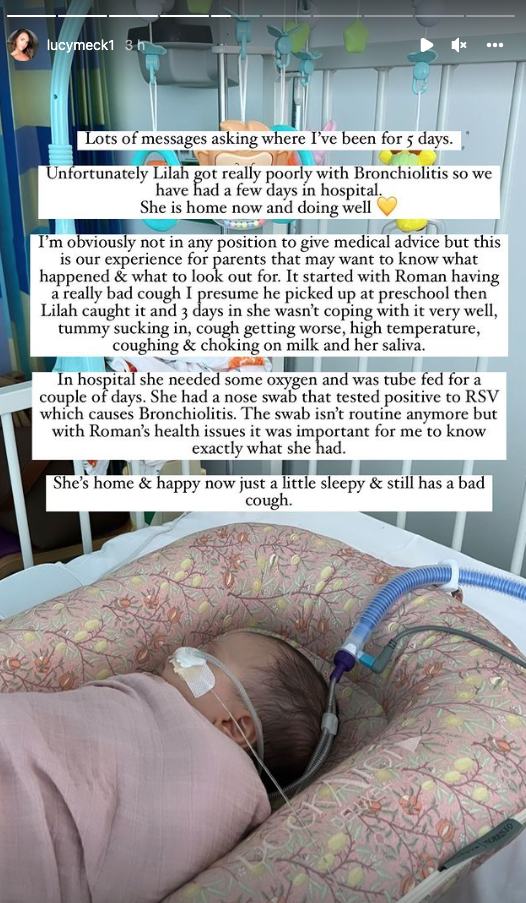 Lucy Mecklenburgh and her fiancé Ryan Thomas welcomed Lilah, their second child together, in May.

The couple are also parents to a son named Roman, and Ryan is also the father of 11-year-old daughter Scarlett – who he shares with ex Tina O’Brien.

Lucy and Ryan met back in 2017 on the TV show Survival Of The Fittest, and got engaged two years later while on a romantic Italian holiday.