Lucy Mecklenburgh has admitted that she found becoming a mum “really tough” during lockdown.

The former TOWIE star welcomed her first child, a baby boy named Roman, with her fiancé Ryan Thomas back in March.

The 29-year-old has been open about her struggles as a new mother on her social media accounts, and was asked during an Instagram Q&A on Tuesday whether she suffered from “any form of postnatal depression”.

The model responded: “Maybe. It’s hard to tell with lockdown on top of being a first time mum.”

“I love Roman more than anything in the world but I found being a new mum really tough,” she admitted.

“Sleep deprivation is torture! Then add on that a global pandemic, a baby with allergies and tongue tie. 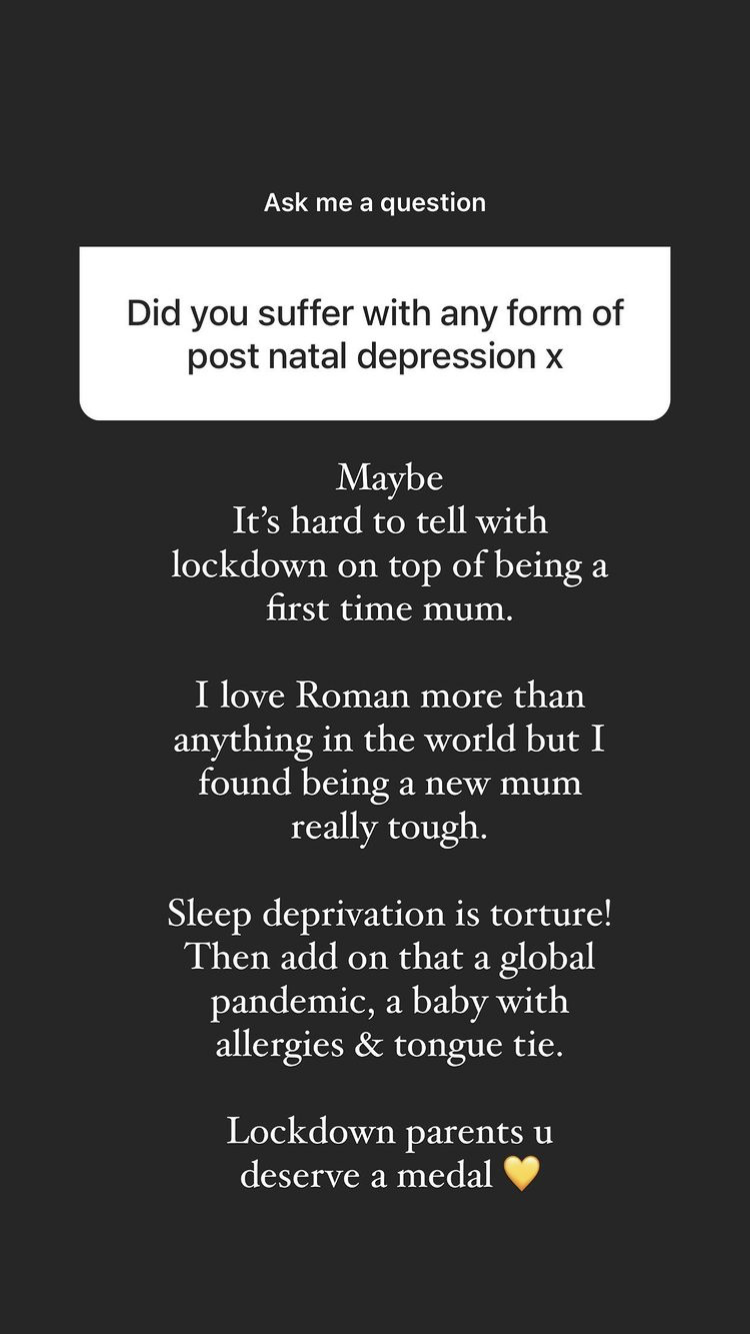 The reality star was also asked how she coped with sleep deprivation, to which she responded: “I didn’t!”

Sharing an honest photo of herself with mascara running down her face as she breastfed Roman, she admitted: “I wish I had reached out for help looking back.

“Please keep in contact with people who will support you and know it will 100% get better!

“Nap if possible, don’t worry about the cleaning it can wait and don’t worry if you can’t face getting out of your PJ’s somedays.” 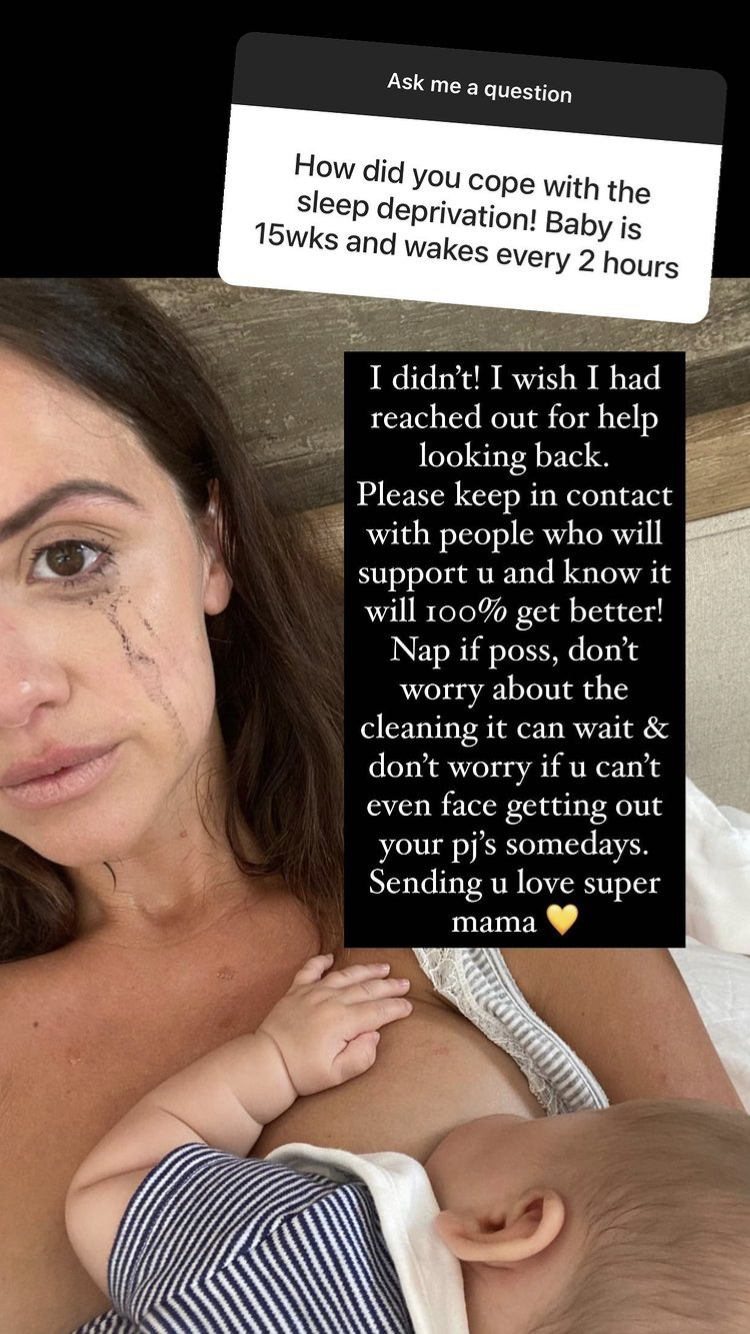 The news comes after Lucy’s fiancé Ryan admitted the couple “struggled” with parenting their newborn son.

The former Coronation Street star explained: “It was a real, real tough time, but I think we managed to get that under control a little bit now.

“It really does change the dynamic when you’re lacking sleep… [Roman] was constantly on Lucy. That was tough, so I was trying to take the strain off her a little bit.

“I’m not gonna say I was perfect from the start – I was trying to work it out. We’d gone from me and her to a baby and I was trying to change to a total new dynamic of a family.”