Lucinda Strafford has opened up about her reunion with Brad McClelland.

The 21-year-old appeared on Love Island: Aftersun on Sunday night, just one day after she was spotted on a date with Brad in Brighton.

Lucinda awkwardly addressed their romantic reunion while she was sat next to Aaron Francis, who she briefly dated in the Love Island villa. 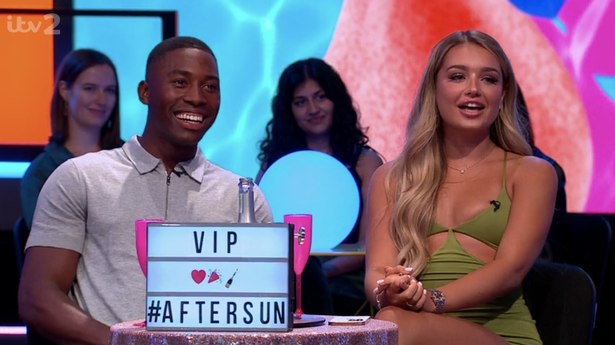 When host Laura Whitmore asked Lucinda to spill the beans on her date with Brad, the influencer insisted their romance is still in the “early stages”.

Lucinda said: “Yeah, was it last night? What day is it today, Sunday? Yeah last night.”

“Yeah last night we met up and went out in Brighton. But it’s still early stages. All up in the air in my life.”

As for where she stands with Aaron, the events planner confirmed they’re “just friends” during Sunday’s episode of Aftersun.

The 21-year-old then pursued a romance with Aaron Francis, until they were dumped from the Island last week.

In an unsurprising turn of events, Lucinda then reunited with Brad, and the pair were spotted on a date in Brighton on Saturday night.

It was Lucinda’s first day out of isolation since returning home from Mallorca, and the pair looked happier than ever.