Last week, the 28-year-old was forced to deny claims that she ‘cheated’ on the basketball player with her ex-boyfriend Kieran Gibbs.

And on Monday night, the model raised eyebrows by skipping her launch of Ovie’s big fashion collaboration.

However, The Sun Online has reported that India couldn’t go to the bash due to her deal with one of ASOS’ competitors – boohoo.com.

A source told the outlet: “They’re very much in love and haven’t split up, like people think.”

“The truth is, India wasn’t allowed to go to Ovie’s launch because she is with a rival fashion brand.”

They continued: “Just like David Beckham, who is signed to Adidas, couldn’t go to wife Victoria’s Nike launch.”

While she couldn’t attend Ovie’s launch in person, India showed support for her man on Instagram.

India shared a picture from Ovie’s ASOS campaign, alongside the caption: “Congrats @OvieSoko on your @Asos launch.” 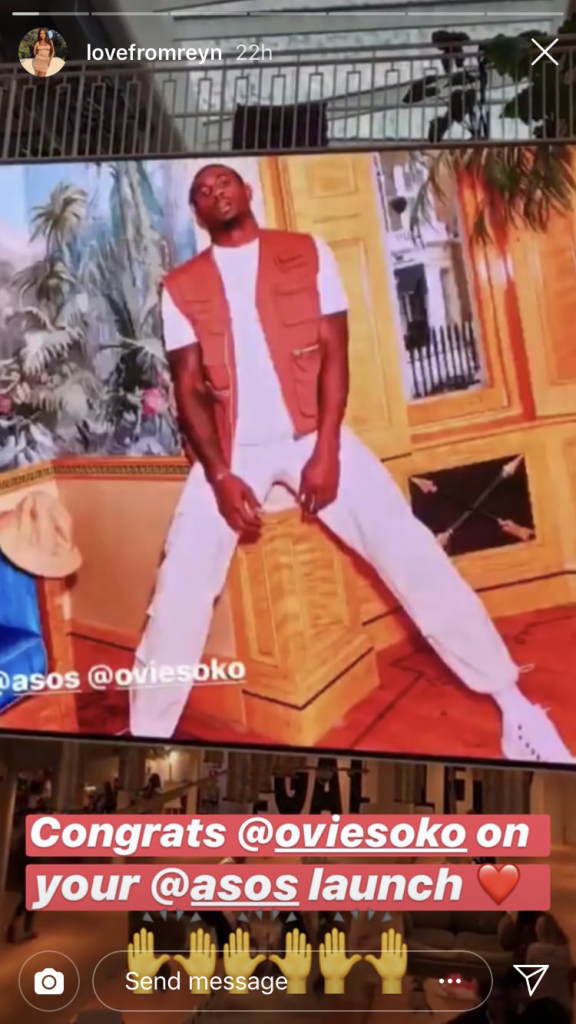 Ovie has teamed up with the brand to release a seven-piece capsule collection, which he designed with his artist father PappiRay.

The collection is set to launch on September 23rd.