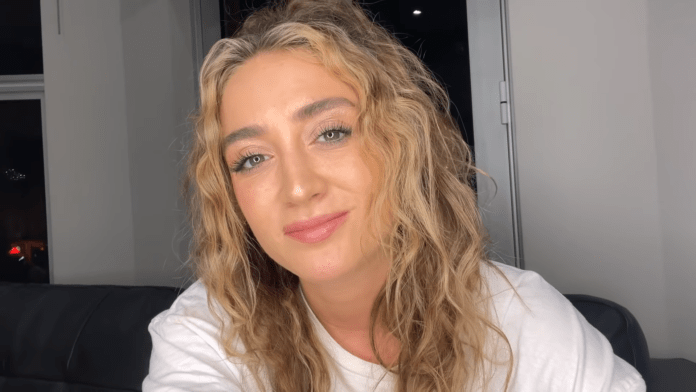 Georgia Harrison has debuted a dramatic new look, after getting her lip filler dissolved.

The Love Island star filmed the corrective surgery in a YouTube video shared on Sunday, and admitted dissolving her filler was “one of the best decisions she’s ever made”.

The 26-year-old revealed she decided to dissolve the filler because her lips were “seriously overfilled”, and said she wanted to embrace a more natural look.

She said: “I’m actually really nervous to have got dissolver in. Like I’ve had filler my whole life…”

“It’s just not in fashion to have really big oversized lips. Like it’s nice to have them natural but maybe a bit plump around the edges.”

“I just want to show my young followers don’t bother getting too much filler in or you’re going to have to do this and start again. So just don’t, just don’t.”

“I’ve really really appreciated being able to move my lips properly,” Georgia said post-procedure. “And every time I look at videos now I’m like this is so much better.”

“It is definitely one of the best decisions I’ve ever made,” she added. “My mouth moves better, it is no longer affecting my other facial features like my nose.”

“The in-between of having absolutely nothing in my lips was nowhere near as bad as I thought it would be. You just draw over the lip liner a little bit and you cannot tell.”

“If any of you are considering [getting your lip filler dissolved], I couldn’t suggest it anymore and hopefully I can take the trend of lip dissolving and spread it a little further because having them big stuffed sausage lips to the point where it’s unnatural it’s not in.”

“I think I got filler on the house from a young age and I got carried away with it… don’t be me… don’t be a sausage,” the reality star urged her followers.

Watch the full video below: