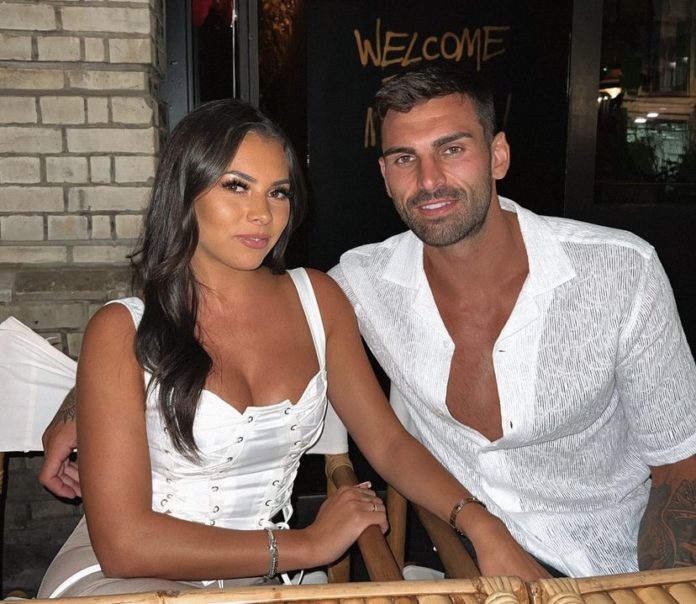 Love Island stars Paige Thorne and Adam Collard are reportedly “on a break” after a video of him cosying up to another girl went viral.

The Newcastle native was seen with his arm around a blonde girl in McDonald’s after a boozy night out over the weekend.

Despite his insistence that he “only has eyes for Paige,” the pair have allegedly cooled things off between them for the time being.

A source told The Sun: “Paige is really upset by everything that has gone on and feels like she is being humiliated.”

Paige fuelled split rumours after she attended the launch of her friend and fellow Islander Tasha Ghouri’s new collection with SIMMI London on Tuesday night.

Adam’s rep issued a statement on his behalf last week, addressing the allegations against him which arose from the viral video.

The rep told The Sun: “Adam headed to McDonald’s after a night out with friends.”

Paige and Adam struck up a romance on Love Island 2022 after the 26-year-old re-entered the villa as a bombshell in a shock twist.