Love Island stars Michael Griffiths and Joanna Chimonides have revealed what happened when they were reunited following the Love Island show.

The pair coupled up on the dating show – causing drama as Michale dumped Amber Gill in favour of Joanna. However, when Joanna was voted off the show, Michael chose to remain – leading to their split.

The former couple gave a joint interview, explaining that they left things on a “sour” note. 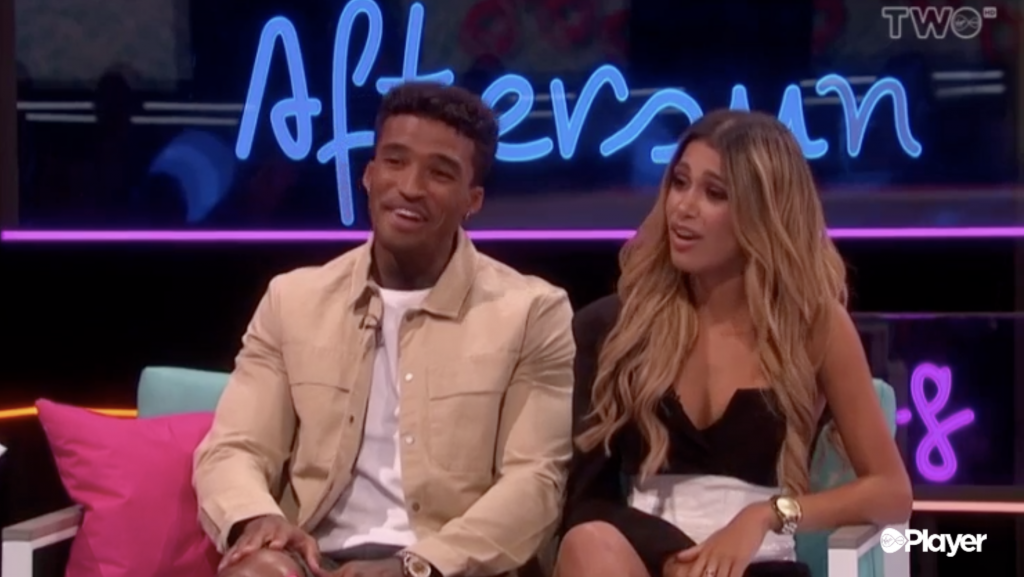 Michael agreed, adding: “It was actually pretty nice because we’ve not really seen each other or spoke to each other since the show.”

“It was nice but it was a tad nerve racking, because we’ve obviously not really spoken.”

“It was a little bit sour the way we left it, but once we had a chance to sit down together it was nice.”

The former couple were adamant that there is no chance of them rekindling their relationship.

With the upcoming series of Winter Love Island looming, Joanna quipped that she is not worried about the increased number of contestants gaining fame from the show.

“Our year has really done well in terms of work, collaborations, staying relevant, I don’t think we’re fearful of anything like that, in previous years they’re still working so I don’t see why we would be any different,” she said.

“I’ve handled it pretty well, it was hard at first because you come out and realise there is trolls and people who don’t like you.”

“Now you’re in an environment how other people see you, it is difficult at the start to get to grips with the lifestyle and your life being so public, but I think I’ve adjusted really quickly so I think I’ve dealt with it quite alright.”