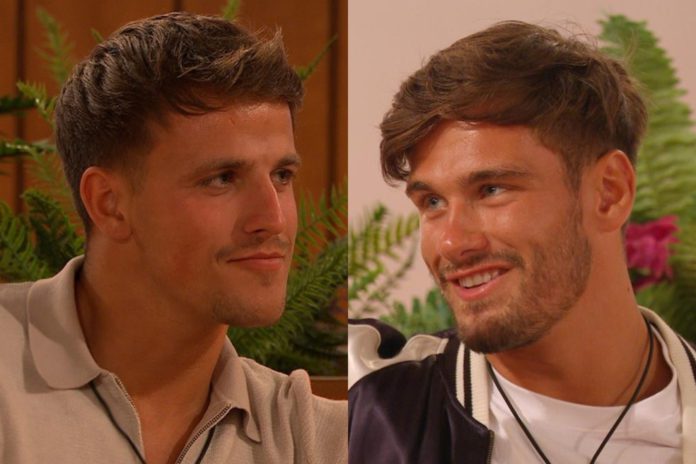 Love Island star Remi Lambert has claimed Luca Bish and Jacques O’Neill should have been “kicked out of the villa”.

The 22-year-old, who entered the villa as a bombshell, accused the pair of “bullying” him on the show in unaired scenes.

He took to Instagram on Monday to share a screen-recording of an Instagram Live Jacques and Luca did over the weekend, in which they discussed some of their fellow Islanders.

When asked to have an MC battle, Luca said: “We’re not MCs, we need Remi in here for that.”

An account claiming to be Remi replied to that comment, saying: “What you boys saying about me and my rapping?”

Jacques then said: “I said it’s really really good, you should turn pro.”

The rugby player and Luca then shared a puzzled look before bursting into laughter.

Remi captioned the post: “@loveisland ? I never joined their live so I didn’t comment actually. A fake account called remilamb0 did. Don’t know why these guys have such a problem with me, clearly got some serious issues they need to sort out.”

“Everyone said I lied about the way I was treated in that villa, but this here is an example of what was going on whilst I was in there. Don’t know why they wasn’t kicked out for their behaviour to be honest. It’s not banter, it’s clear signs of bullying.”

“I wish everyone could see all of the crap I went through. There’s 24 hours in a day and yous only seen like about 3-5 10 second clips of me out of the whole day, so you could never tell what was truly happening.”

“Jacques said bad things about my appearance and the way I speak, whilst Luca was encouraging it,” Remi claimed.

“After about 3 strikes from Jacques I told him I won’t be speaking to him anymore in the villa. Later on he tried apologising to me but like 10 minutes after he started with the snide comments again.”

“I’ve tried to avoid this guy multiple times but he always ends up starting again. I don’t know when it will stop.”

Jacques sensationally quit the show after admitting he was struggling, and he has since spoke openly about his ADHD.

Remi added: “Worst person to represent mental health and ADHD campaigns. He’s still out here mocking not just me but other islanders too.”

“You’d think with such a big platform they would use it to promote peace, but they’re using it to troll and they’re loving the attention. Immature.”

The bombshell concluded the post by writing: “These guys are not role models or good people. They have not once thought about my mental health.”

“If I wasn’t soo strong minded I could’ve done something stupid to myself by now, but they don’t care at all. I want justice.”

It comes after Remi claimed that unaired rows with Jacques “ruined” his time on the show.