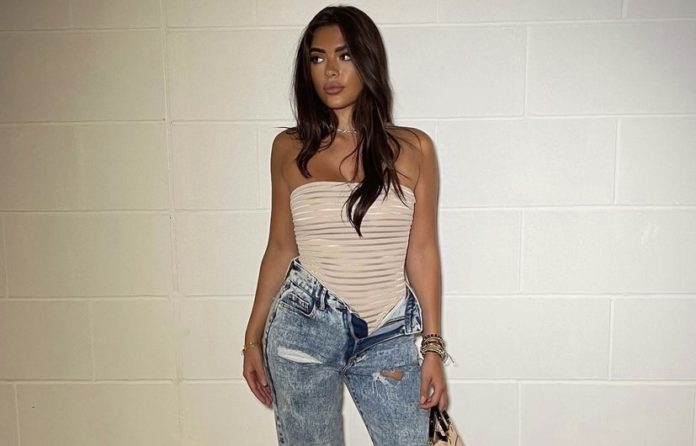 Paige Thorne has hinted at a secret feud with her Love Island co-star Gemma Owen.

The brunette bombshells both entered the Spanish villa on day one of the 2022 series, and made it to the final week with their boyfriends Adam Collard and Luca Bish.

Paige and Adam came in fourth place overall, while Gemma and Owen finished in second place.

While Paige and Gemma appeared to be quite close during their time on the show, Paige has sparked rumours she has secretly fallen out with the 19-year-old since leaving the villa.

The Welsh paramedic, 26, took part in an Instagram Q&A with her 1.4million followers this week, and was asked who she still stayed in touch with from the show.

She replied with a photo of her and Antigoni Buxton posing in front of a mirror and also tagged Dami Hope, Indiyah Polack and Tasha Ghouri in the post.

Paige wrote: “All of them mostly! Have to remember everyone’s super busy atm but I’m in touch with these guys the most.”

She also shared a sweet video alongside Tasha along with the caption: “Every brunette needs a blonde.”

The 26-year-old then posted video with Danica Taylor, but did not share any snaps with Gemma, hinting that they haven’t stayed in touch.