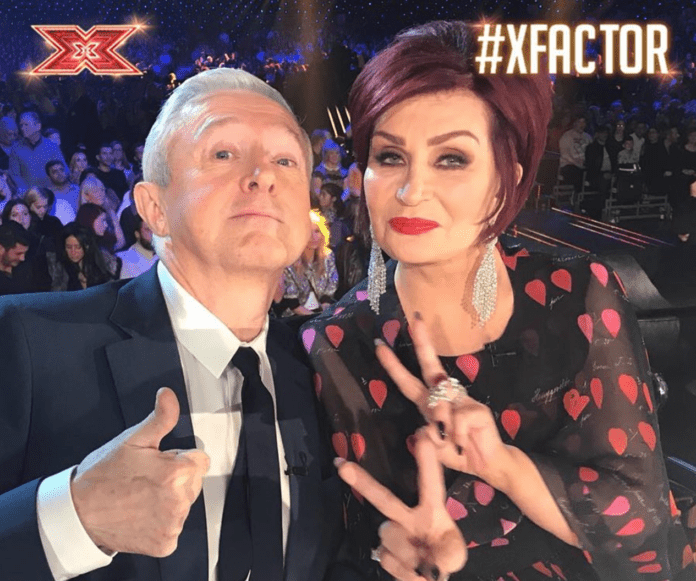 Louis Walsh and Sharon Osbourne have hit back, after plans to axe them from The X Factor surfaced over the weekend.

Yesterday, The Sun reported that show bosses were thinking about replacing Louis and Sharon, having already axed Nicole Scherzinger.

However, Louis has since revealed that after calling X Factor boss Simon Cowell, who is currently on holiday in Mexico, he’s not going anywhere.

Louis told The Sun, “My contract is watertight. I’ve checked it out with someone and have told Simon that.”

Our favourite 5⃣ are back together and looking fiercer than ever! ????❌???? Who else can’t wait for their return to @itv this Saturday? ????

“He has asked me to come and see him in LA. I have spoken to Sharon. She’s said they can only sack us if they pay us.

“Sharon did say she was surprised she hadn’t been given any filming dates. I don’t think they’ve finalised what they’re going to do with the panel. We have three-year contracts. We both do,” he added.

Louis also slammed suggestions that he could be fired from the judging panel because he appeared in a hearing aid commercial for Specsavers.

“I never did an ad for hearing aids. I had to do a test and they said my hearing was perfect – 100 per cent perfect – so I couldn’t do it,” he said.

According to an X Factor insider, Louis and Sharon’s contracts could be ended with a penalty fee.

The Mayo native also slammed the decision to axe Nicole Scherzinger from the show.

“Nicole was brilliant. Honestly, I love her. She always brought something new. She mentored her acts. She spent time with her acts. She’d be last out of the studio at night,” he said.

“I think they should bring Nicole back. Simon loved her the first two or three years. She never gives up and she always wants to win and she always looks amazing.”