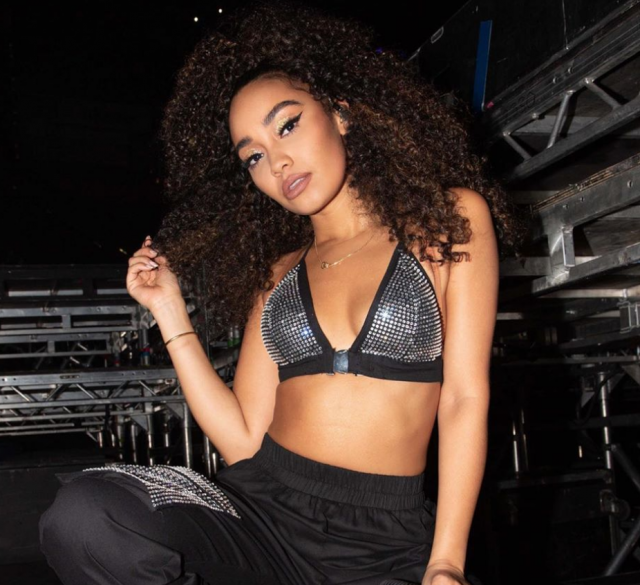 Leigh-Anne Pinnock has revealed that she was left in tears this week, after being “verbally abused” by a stranger.

In a post that has since been deleted from Twitter, the Little Mix singer opened up about the altercation – which took place in a Waitrose store.

The 28-year-old shared to the band’s official Twitter: “So yesterday I was involved in an altercation where I was verbally abused by a random male customer for no reason.”

“I was left in shock and completely taken back that someone could be so rude to someone for no reason.”

Leigh-Anne then thanked staff at Waitrose Sunningdale for their “kindness and care” after jumping to her defence.

“They demonstrated that every act of wrongfulness unleashed a million acts of kindness and sent me home with these beautiful flowers,” she wrote.

“I was a blubbering mess by the time I left the shop but I just wanted to say thank you.”

Little Mix fans responded to the now-deleted tweet by starting a #ProtectLeighAnne campaign, showing their support for the singer after the “disgusting” incident.

#ProtectLeighAnne disgusted at how people think it’s okay to verbally abuse anyone in public for absolutely no reason. Protect Leigh at all costs. pic.twitter.com/kUOj5rwbBC

Leigh-Anne literally DOES nothing! NOTHING! And yet she gets all this hate. This isn’t even the first time she’s been abused by a stranger either! Remember that other time when some random man HIT HER IN THE FACE??!! FOR WHAT??! I can’t….#protectleighanne https://t.co/RvslOXzjsF

Mixers don’t be shy and hack the security cameras so we can find that “man” #ProtectLeighAnne pic.twitter.com/DFHU4aniBU

The news comes after Leigh-Anne opened up about her experience with racism in an emotional video last month, and confessed that she felt like the “least favoured” member of Little Mix.

“My reality was feeling lonely while touring to predominantly white countries. I sing to fans who don’t see me or hear me or cheer me on,” she revealed.

“My reality is feeling anxious before fan events and signings because I always feel like I’m the least favoured. My constant reality is constantly feeling like I have to work 10 times harder and longer to mark my place in the group because my talent alone isn’t enough.”

“My reality is all the times that I have felt invisible in my group but part of me is fully aware that my experience would be even harder to cope with had I been dark-skinned.”

Like many of you, I have been feeling really heavy with everything that we are seeing online and hearing on the news. In the past I have mentioned some personal experiences that were triggered due to my race. More than ever I felt like it was time that I was completely open and honest with you all because finally, the world is awake and people want to listen, help and understand. I’m not doing this video for sympathy or for you to watch and then go about normal life. I’m doing it because enough is enough and hopefully from sharing this we can all do more to understand the racism that takes place. In doing this we are able to approach the bigger issue and break down systemic racism. All we want is equality and justice for our black community. 🖤