Lisa Armstrong has hit out at her ex-husband Ant McPartlin following his National Television Awards win.

Ant and Dec were awarded Best Presenter at last week’s event, marking the 20th time in a row the duo have scooped the prize.

PR guru Simon Jones took to Instagram to celebrate Ant and Dec’s win, sharing a photo of the pair holding their awards.

He wrote: “20 years! So so proud of my amazing friends @antanddec for winning Best TV Presenter at the #NTAs @officialntas for the 20th year in a row!”

“And proud to say I have been with them at the awards every year of those 20 wins. We’ve been on an brilliant journey so far and long may it continue ❤️🙏🏻”

Lisa, who split from Ant in 2018, commented on the post: “And you don’t care who you screw over in the process. Well done.”

Simon replied to the comment: “Lisa, please don’t come on to my Instagram with your negativity and false accusations.”

“It really is about time you moved on and got on with your life, and stopped unfairly blaming other people for your mistakes.” 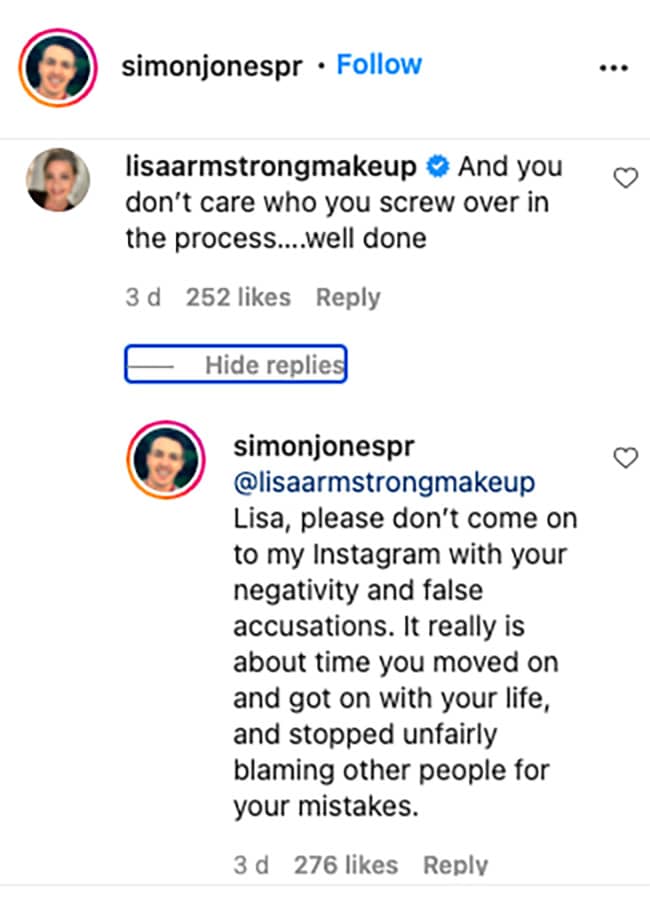 Ant and Lisa tied the knot back in 2006, but split for good in January 2018 – five months after he sought treatment for his addiction to painkillers and alcohol.

The couple got married at a church in Hampshire last month, and as expected Dec was Ant’s best man on the day. 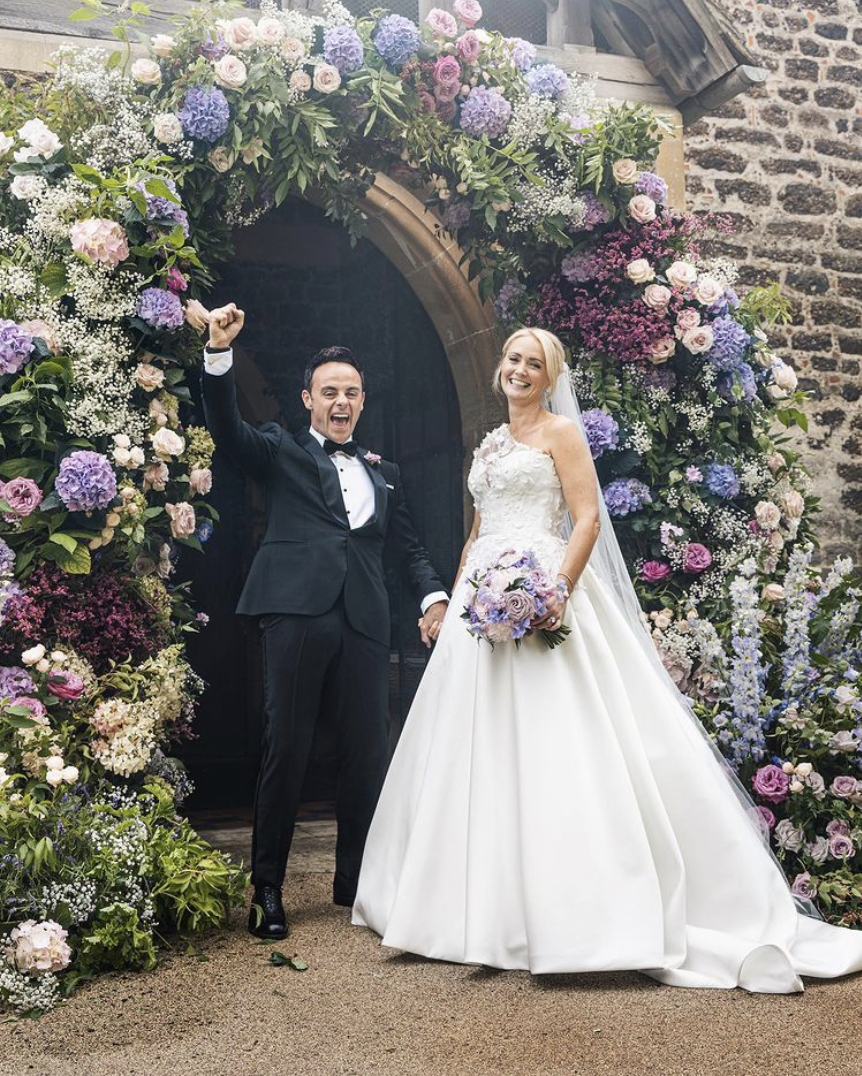