Liam Payne only earned £6,632 last year but his partner Cheryl earned a whopping 180 times more than him.

The former One Direction star’s tiny take home pay was due to debts he had to repay Hampton Records Ltd, a company of his.

He doesn’t have reason to worry just yet though as he is still living comfortably having eared £40million from his stint in One Direction.

The couple have recently had issues in their relationship but Cheryl, who won’t be returning to the X-Factor this year, has publicly set the record straight. 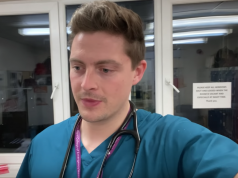 Love Island star Dr. Alex gives an insight into life on the frontline