Liam Payne admits staying in One Direction ‘would have killed him’

Liam Payne has admitted staying in One Direction “would have killed him”.

The band was formed on The X Factor back in 2010, made up of Liam, Harry Styles, Niall Horan, Zayn Malik and Louis Tomlinson.

The group went on an indefinite hiatus in 2015, just months after Zayn dramatically left the band – and the singers have all launched solo careers since.

During a candid chat with Steven Barlett on the Diary of a CEO podcast, Liam revealed he experienced suicidal thoughts during his lowest moments in the band.

He said: “The day the band ended I was like, ‘thank Lord for that’ and I know a lot of people are going to be mad at me for saying that but I needed to stop or it would kill me.”

“There were a few pictures of me on a boat and I was all bloated out and I call it my pills-and-booze face,” the 27-year-old recalled.

“My face was 10 times bigger than it is now. The problem was, the best way to secure us was to lock us in our rooms, and what is in the room? A mini-bar.”

“So I had a party-for-one that seemed to carry on for years. It was wild but the only way you could get frustration out.”

When asked about “moments of suicidal ideation”, Liam replied: “Yeah. There is definitely some stuff I have never spoken about to do with it. It was really, really severe.”

There are very few people who have experienced what he has in the last decade.

Liam Payne opens up about his darkest moments, failed relationships & becoming an an entrepreneur.

He's inspiring, complex and deeply honest🙏🏽 You are going to love this 👉🏽 https://t.co/xK8GUZ7XMB pic.twitter.com/5OINre7eXN

Liam admitted he fell back into some old bad habits over lockdown and became reliant on alcohol.

“What I’ve found more than anything with the alcohol is boundaries. If you’re on Zoom you can probably get away with being a bit tipsy, when you’re not supposed to be.”

He continued: “I put on so much weight, I was eating badly and describing it as a bulking period — ‘I’m doing it for a movie role! It’s all good!’ That’s the best excuse if anyone asks if you’ve put on weight. Say it’s for a role, coming out 2022.”

“I put a lot of weight on. What got me, I did one performance on TV with the BAFTAs and I was disappointed with myself. I didn’t look how I wanted to look.”

“In your own self you know how you feel about it. Obviously they say the camera adds ten pounds and it definitely did. I realised I’ve let myself go in this.”

In the same podcast, Liam announced he had split from his fiancée Maya Henry after three years together.

He said: “It had to happen. I feel like more than anything at this point, I’m more disappointed in myself that I keep on hurting people.” 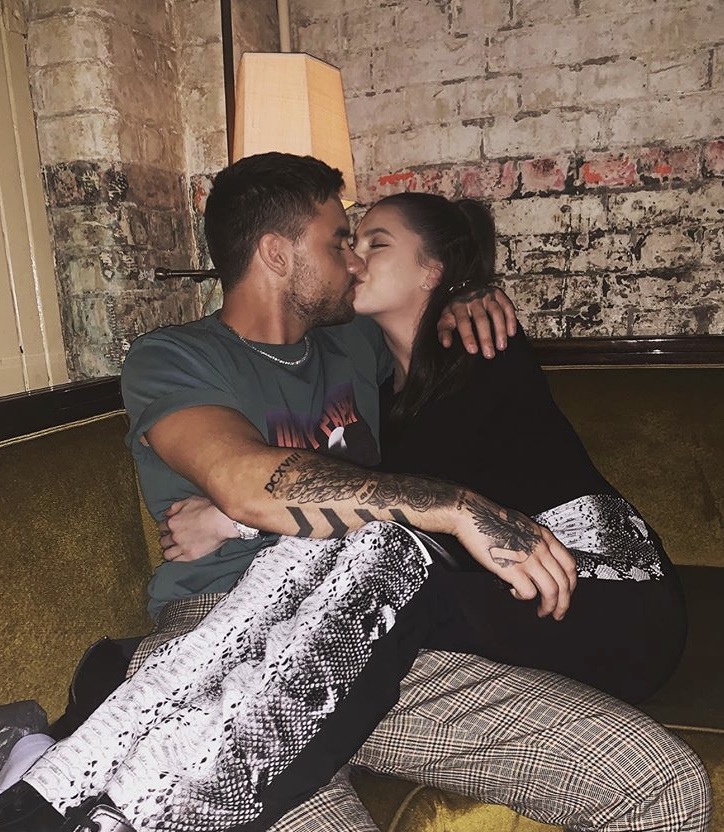 “That annoys me. I’ve just not been very good at relationships. And I know what my pattern of things is with relationships at this point.”

“I’m just not very good at them so I just need to work on myself before I put myself on to somebody else,” he admitted.

“That’s where I got to in my last relationship. I just wasn’t giving a very good version of me anymore, that I didn’t appreciate and I didn’t like being.”

“I can honestly say I feel better out of it,” the singer confessed.

“I didn’t feel good doing what I did but it had to happen. Just a corny way to say it was the best for us both.”

“I know I was the problem and I have to sort myself out. I already feel good. It’s got my more concentrated and I hope she’s happy.”

“I struggle to be on my own sometimes and I think I dive in and out of relationships too quickly. I need a minute out. I need to check myself.”