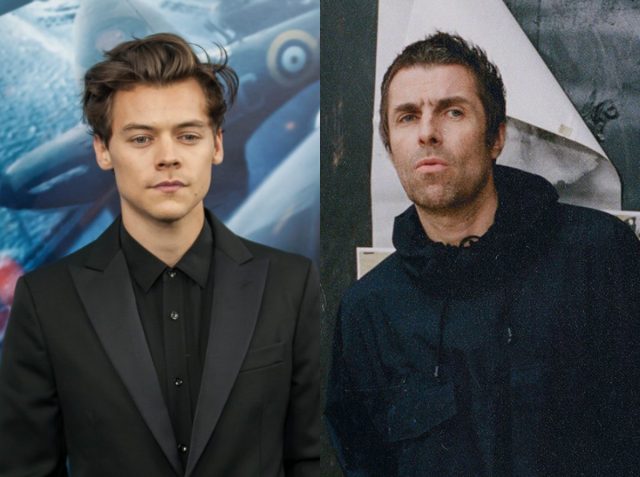 Liam Gallagher has revealed Harry Styles got him the most unlikely gift, after they struck up a friendship earlier this year,

The pair were working out of the same studio in London a few months ago, and started hanging out.

Speaking to the Mirror, the 47-year-old told a seriously random story about Harry – which involves a lot of Liam’s favourite fish, seabass.

Liam said: “I was in the studio with Harry, I f***ing love that geezer. I was telling him about when I was in Marks & Spencer and I was getting seabass for a week.”

“This little old lady was in there and she was looking at all the seabass. She was about 90.”

Liam said the lady started filling her basket with all of the shop’s seabass supply, so he decided to take action.

He explained: “I’m a seabass assassin so I stole it. She was taking all the fish. I couldn’t have that.”

Liam said he didn’t think Harry was too interested in his story, but it turns out the former 1D star was definitely paying attention.

“Harry was like ‘oh right’, he was just looking at his painted fingernails,” he said. “Anyway two days later a big bag of seabass comes to my studio, the door goes, ding dong, and it’s three grands worth of seabass.”

“It’s from Panzer’s Deli in St John’s Wood. It’s top fish. He’s gone and got it and hand-­delivered it.”

“We weren’t in the studio when he did it, so we got it sent over to the house. I love that man but it was too much for our fridge, so I gave it to my brother Paul,” Liam added.