Katie Price is reportedly terrified her ex-toyboy Charles Drury might leak intimate photos and videos of her.

The former glamour model and the builder recently split, after Katie allegedly spent the night at her ex-fiancé Kris Boyson’s house.

And now, the 41-year-old is reportedly worried Charles will try get revenge by sharing details about their relationship.

A ‘pal’ told The Sun Online: “They shared a really wild and passionate relationship which only lasted a few weeks but it was when Katie was out of control.”

“She’d had a lot of surgery and wasn’t looking after herself. A lot of the time she was drunk and she was partying and lets just say her and Charlie had a lot of fun together.”

“Charles has got a phone full of pictures and videos and Katie knows that people want to know everything about their relationship,” they said.

“Charles was obviously really devastated by the split, but ultimately he’s a decent guy and wouldn’t betray Katie’s trust. But that doesn’t stop her worrying about it.”

“Katie knows things didn’t end well with Charles. She went back with her ex Kris when her and Charles were meant to be together which majorly p***ed him off,” the source added.

The news comes after Katie allegedly asked Charles to sign a non-disclosure agreement to stop him from talking about their relationship – but he reportedly refused to sign it.

The builder has since been linked to the upcoming series of Love Island, which is set to air in January.

The series will be filmed in Cape Town, and ITV bosses are reportedly keen to book him as a contestant. 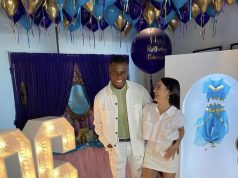