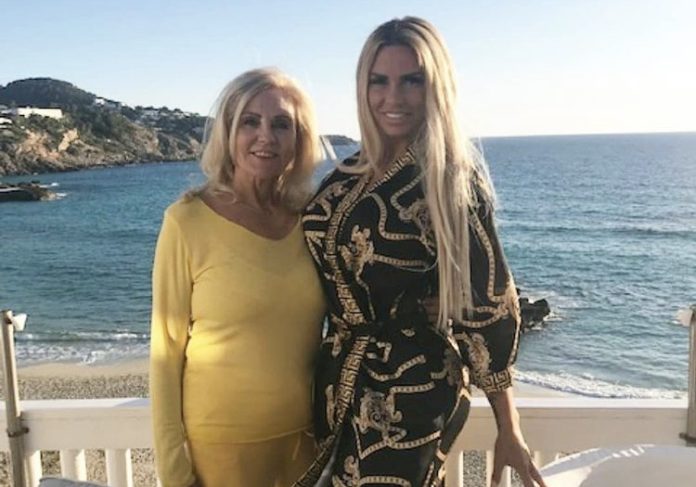 Katie Price has revealed she has started to plan her terminally ill mother’s funeral.

The former glamour model’s mum Amy, 66, suffers with a lung condition called Idiopathic pulmonary fibrosis – which results in scarring of the lungs and can make it difficult to breathe.

In excerpts from her book Harvey and Me: A Mother’s Love, as published by The Sun, Katie revealed she has finally come to terms with her mum’s diagnosis.

She wrote: “I’ve accepted it now because I have to. She has an incurable disease and that’s just the reality of it.”

“I know it sounds awful, but once we knew the prognosis, I even spoke to my mum about her funeral and what she wants for it. I think it’s much easier to organise a funeral if you know what they want.”

The 43-year-old continued: “I know that she’s accepted it, and even though I’m sure it’s on her mind every day, she doesn’t dwell on it. Her attitude towards this illness has been the same as it was when we were told about [Katie’s son] Harvey’s conditions.”

Last month, the reality star revealed that she had even offered her mum one of her lungs.

She told Simon Thomas on his Life, Interrupted podcast: “She’s waiting to see if she can have a lung transplant. I even offered my lung to her. But it’s not that easy.”

“You have to be ill enough to have it because if you’re too well, they won’t give it, but then you’ve still got to be well enough to be able to take it you know.”

“Although my mother she could have it now, it doesn’t mean to say that she’d still survive it because it can reject in three weeks and it only prolongs your life five years.”