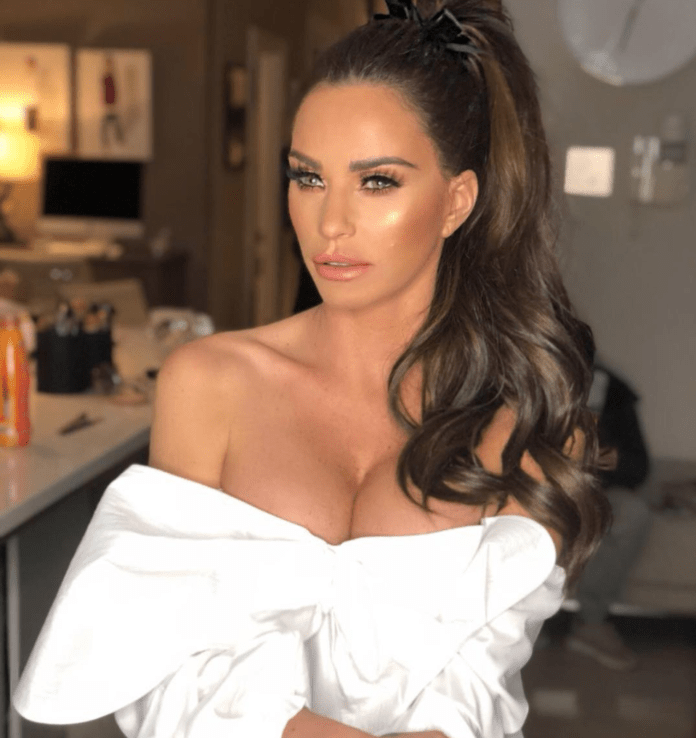 Katie Price has returned to social media after an eight week break.

The mother-of-five has been hitting headlines more than ever in recent months as she checked into rehab, was reportedly arrested for driving under the influence and was allegedly banned from her children’s school gates.

The 40-year-old took a break from social media in September, after fans slammed her for missing her child, Bunny’s, first day of school.

The reality star has now returned to social media with a snap of Bunny, dressed as a witch for Halloween.

“Happy Halloween from me and the kids,” Katie captioned the image.

The 40-year-old also shared a snap of a drawing of a black cat that her son, Harvey, drew and a picture of her mother, Amy, with Jett and Bunny.

Many fans took to the comment sections of the posts to wish the mother-of-five well, as one wrote: “Glad you’re back you fab human being…stay strong.”

“Fantastic! The Pricey never stays down for long!” another wrote.

Katie’s return to social media comes after it was reported that she is in talks to appear on Ex on the Beach with a number of her ex-boyfriends.