Kate Garraway has shared hopes her husband Derek will “come back” to her and their two children, Darcey and Billy.

The presenter’s husband was admitted to hospital on March 30 after contracting Covid-19, but sadly he remains seriously ill.

On Thursday night, the 53-year-old was honoured with the Inspiration Of The Year award at the HELLO! Star Women Awards.

Speaking at the virtual awards ceremony, the Good Morning Britain star said: “I obviously hope that Derek can recover and come back to us, I mean that’s the big one.”

“I hope that we can as a country fight our way out of this pandemic. We don’t give in to bitterness and anger.”

“I hope we can keep that community spirit we had at the beginning where we were all clapping for carers.”

Speaking about the difficulty of the past few months, Kate added: “It has brought us closer but also they miss their dad, so I guess I’m trying to be mum and dad as well and obviously can’t be.”

“It’s sad as well, so it’s making sure there’s enough laughter going on as well. That’s so important.

“You find yourself laughing at the silliest things and that’s kind of a release.”

The news comes after Kate recently admitted she feels “physically sick” about facing her first Christmas without Derek.

Speaking on Good Morning Britian, Kate told her co-host Ben Shephard: “I feel physically sick actually and can feel my chest tightening at the thought of it.” 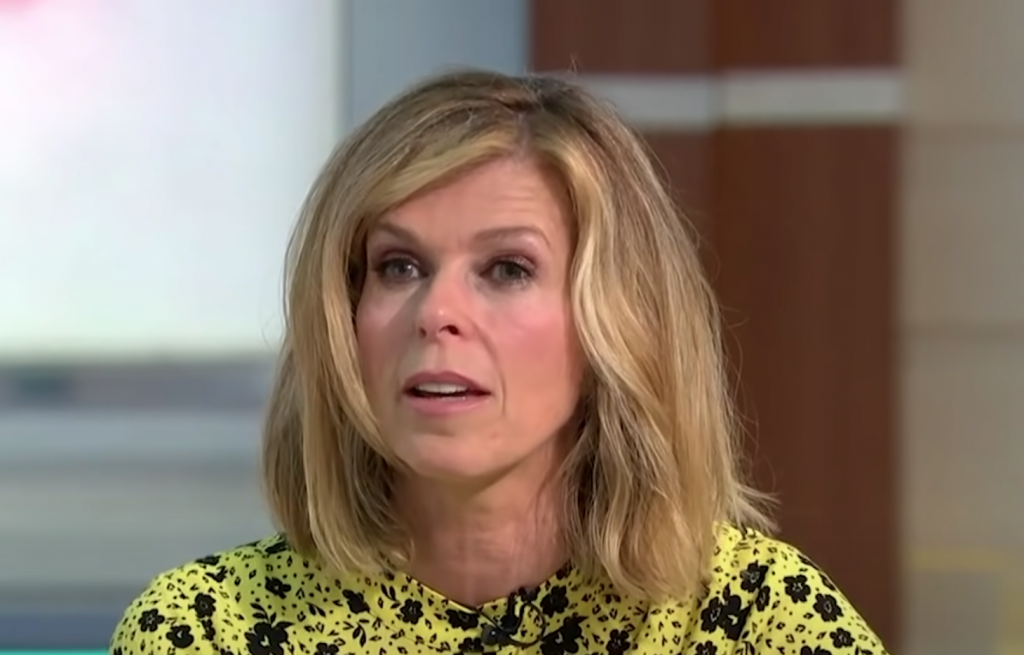 “I’m in total panic about the idea of me, Darcey and Billy on our own this Christmas unable to visit Derek because of potential restrictions.”

“That huge emotional hole, and I don’t know how to fill it, without grandparents and without friends helping to fill it.”

“It feels like such a significant moment as all festivals are. I do feel in a panic about it, but we’re in this situation because of the spread of a disease that at the moment doesn’t have a cure.”