Kate Garraway has shared the first photo of her husband Derek Draper fighting for his life in hospital.

Derek has been in hospital since the end of March last year after contracting Covid-19, and sadly he remains seriously ill.

In the trailer for Kate’s new ITV documentary Finding Derek, which airs later this month, Derek is seen in his hospital bed in the ICU. 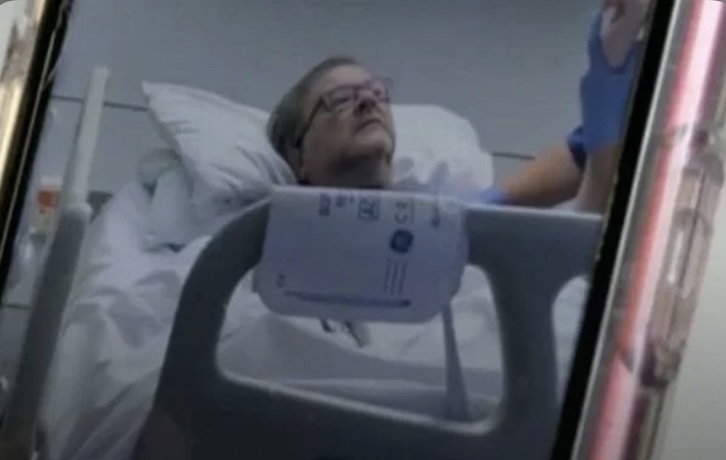 In the clip, Kate says: “Derek is the sickest person the team of doctors have treated this year.”

“Is he going to be able to come back or will he be alive but no longer the person he was?”

The screen then goes black, and a message reads: “One year later, Derek is still in hospital.”

The one-off programme will reveal how Derek’s illness has affected Kate, and their two children – Darcey, 14, and William, 11 – over the past year.

The Good Morning Britain host will also discuss the long-term effects of the virus, after meeting with people who have survived it.

Alongside the documentary, Kate is also set to release a book about her husband’s battle with Covid-19, called ‘The Power of Hope.’

The memoir is described as a “heartbreaking yet inspirational account of battling adversity and coping with uncertainty about the future”.