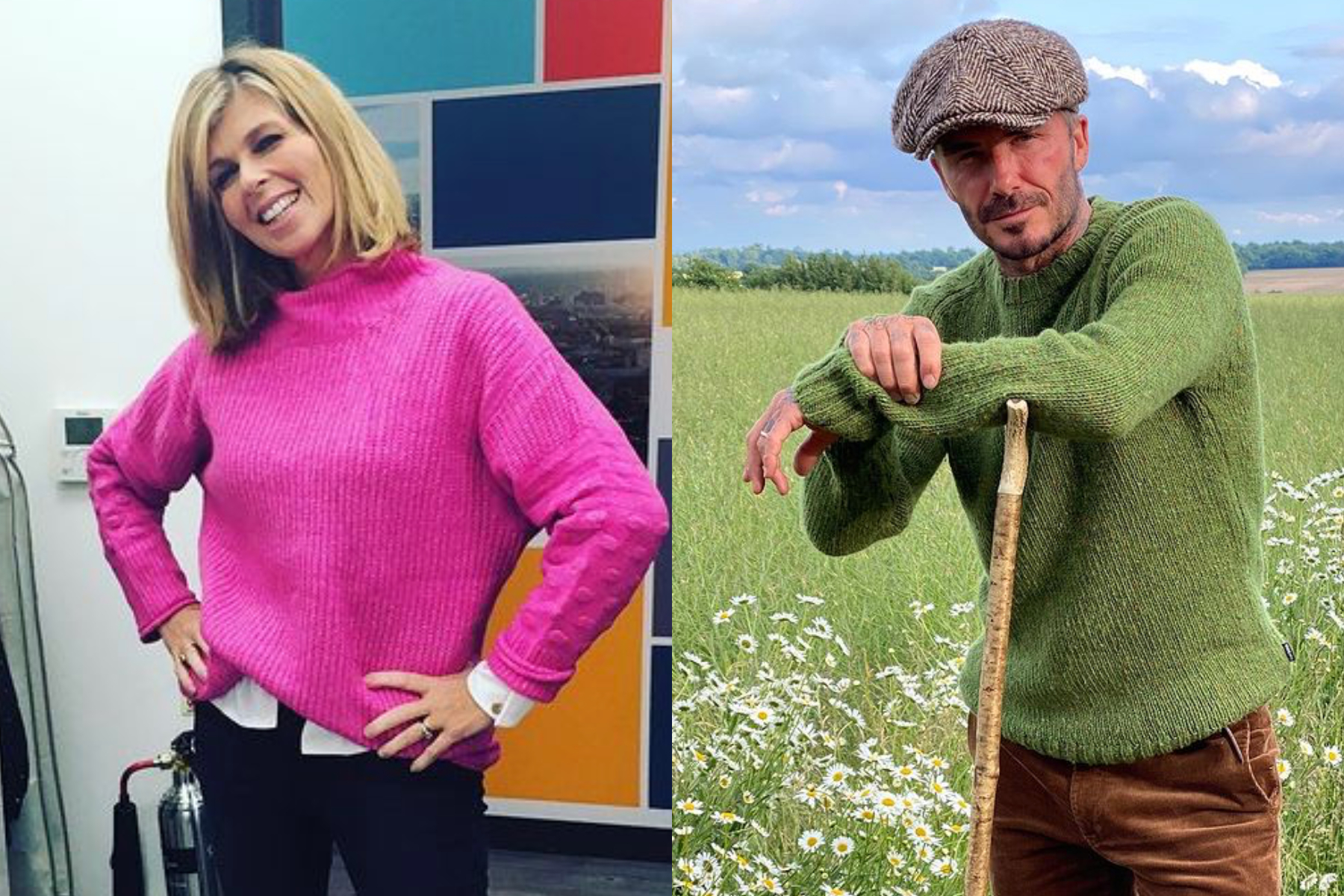 Kate Garraway has revealed a sweet gesture by David Beckham amid her husband Derek’s health battle.

The 53-year-old was hospitalised in March last year after contracting Covid-19, and spent over a year in hospital.

The former lobbyist is now receiving around-the-clock care at home, as his body was ravaged by the virus, with Kate detailing her husband’s health battle in her upcoming book.

The Power of Hope is set for release on April 29, and is being serialised by the Mail On Sunday.

In the book, the Good Morning Britain presenter revealed she received a DM from David after Derek was put into a coma.

She wrote: “I hadn’t had the chance to look at social media so it was Darcey and Billy who spotted it and squealed with delight. I messaged him back, thanking him and saying the kids were thrilled.”

“He sent a personal video to each of them – words of encouragement and fun. He said he’d been thinking of his own kids and how they might feel.”

Kate shares a 15-year-old daughter Darcey and 11-year-old son Billy with Derek, and she previously revealed Derek burst into tears when he was reunited with the children.

Speaking on GMB about Derek’s return home, she said: “When we came in the door and pulled up, I could see Darcey and Billy looking out the window and they ran out and ran to the door and he immediately burst into tears and there was a lot of hugging.”

“There have been so many lovely little moments – he can swallow a little bit now so I said ‘lets get you round the table for a little bit.’”

Speaking about setting the table for four people after spending over a year without Derek, Kate struggled to hold back tears.

“And Billy was like, ‘Have we got enough mash?’ I said, ‘Yes, I don’t think dad’s going to be eating that much,’ but he suddenly remembered dad’s old portions.”

“We weren’t all sitting around the dinner table, we just constructed a version of it. It just feels like the start of a huge chapter, but a really big and important one.”

“It’s such a silly little thing but it was just oh my goodness. It’s massive,” she added.