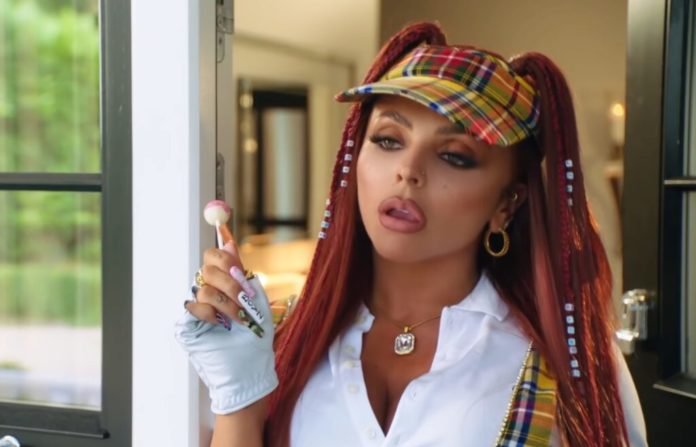 The single, which features rapper Nicki Minaj, has been the center of controversy since it’s release as fans accused the former Little Mix star of “blackfishing” in the music video.

The 30-year-old will reportedly join a host of celebs on the sofa of the popular BBC chat show to chat about her decision to leave Little Mix and launching her solo career, before performing the song. 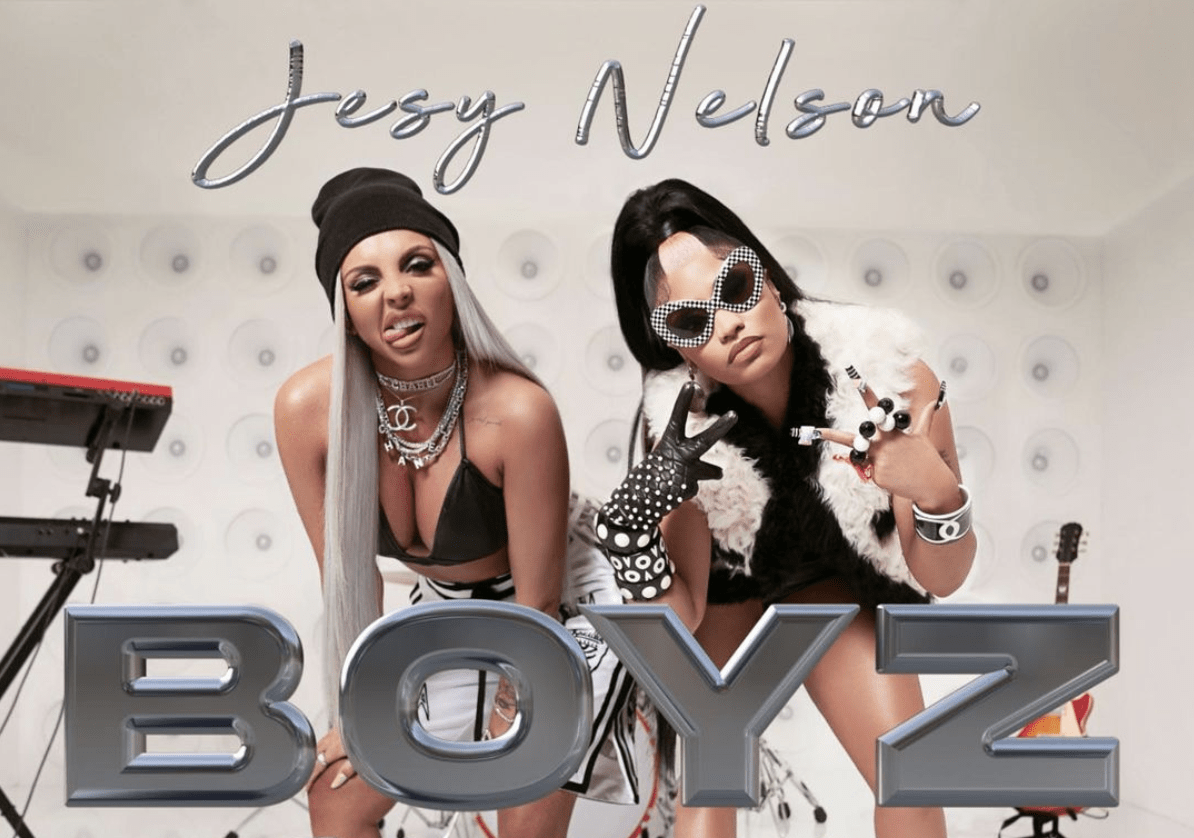 A source told The Sun: “Jesy has already started rehearsing for the performance – she’s really giving it her all.”

“Jesy is obviously aware of all the drama circulating around Boyz. It would be a lie to say it’s not tainted the release but she’s still so proud with how far she has come.”

“Graham is a safe pair of hands so she feels comfortable going on the show. After the past week it’s time to bring it back to the music,” the insider added.

It comes after Nicki Minaj has slammed Jesy’s former Little Mix bandmates, as she weighed in on the singer being accused of “blackfishing”.

During an Instagram Live on Monday night, the rapper referenced messages allegedly shared between Leigh-Anne Pinnock and Instagram user @nohun_ that were posted on social media.

According to screenshots posted online, Leigh-Anne allegedly asked NoHun to make a video about Jesy “being a black fish” following the release of the ‘Boyz’ music video. 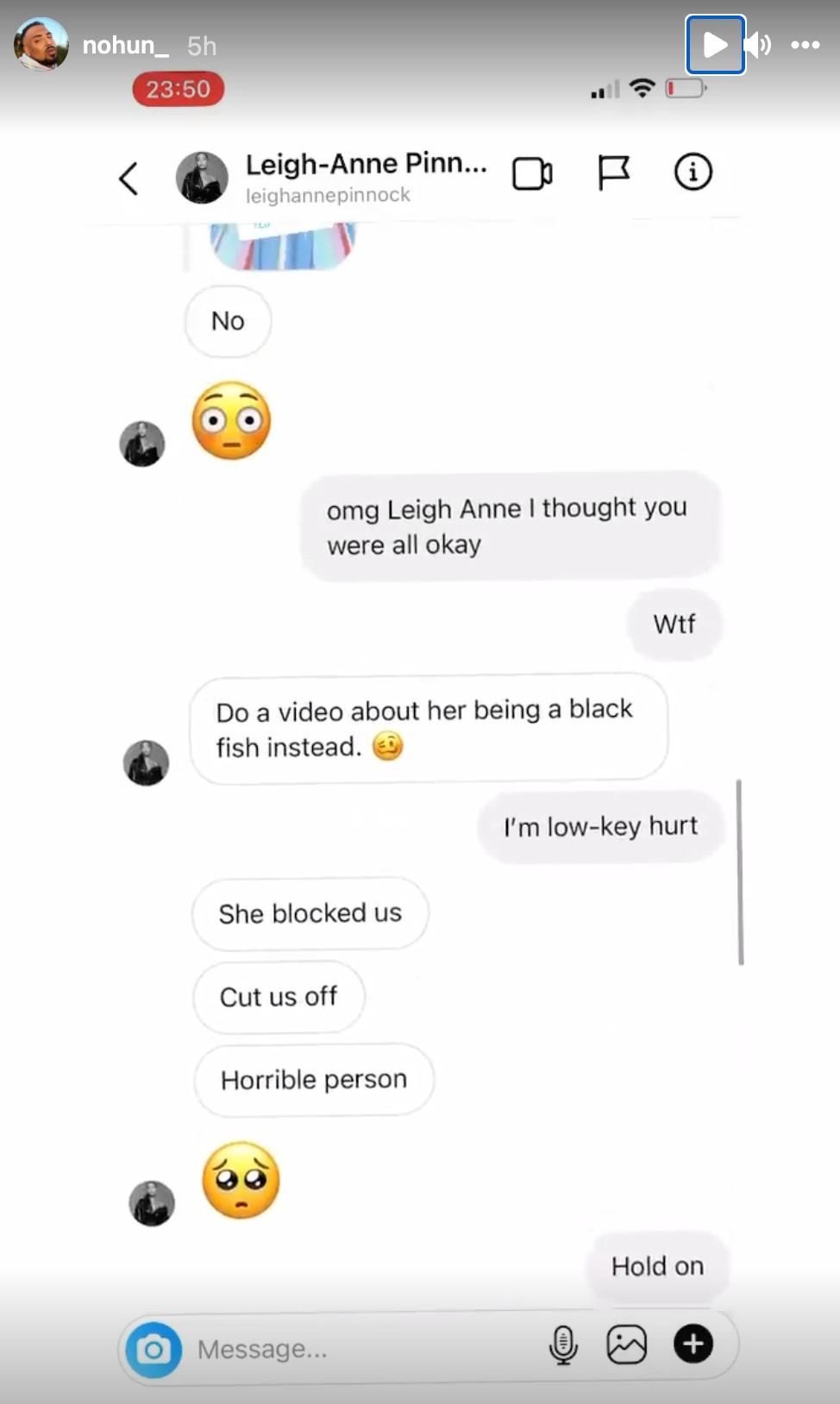 The alleged messages from Leigh-Anne also accused Jesy of blocking her and her Little Mix bandmates, Perrie Edwards and Jade Thirlwall, on social media.

Goss.ie has reached out to Leigh-Anne’s reps for a comment regarding these alleged messages.

Towards the end of her hour-long Instagram Live with Jesy on Monday night, Nicki didn’t hold back as she addressed the leaked DMs.

Nicki said: “Sweetheart, take them text messages and shove it up your f***ing ass, because when you do clown shit I got to treat you and talk to you like you a clown.”

“Print those text messages out, bust your ass open and shove them up your motherf***ing ass.”

“Stop trying to hurt people and kill people’s lives and careers, this is the way people feed their families. Stop – if you want a solo career, baby girl, just say that.”

Jesy didn’t say anything during Nicki’s rant, but occasionally laughed at some of her comments. 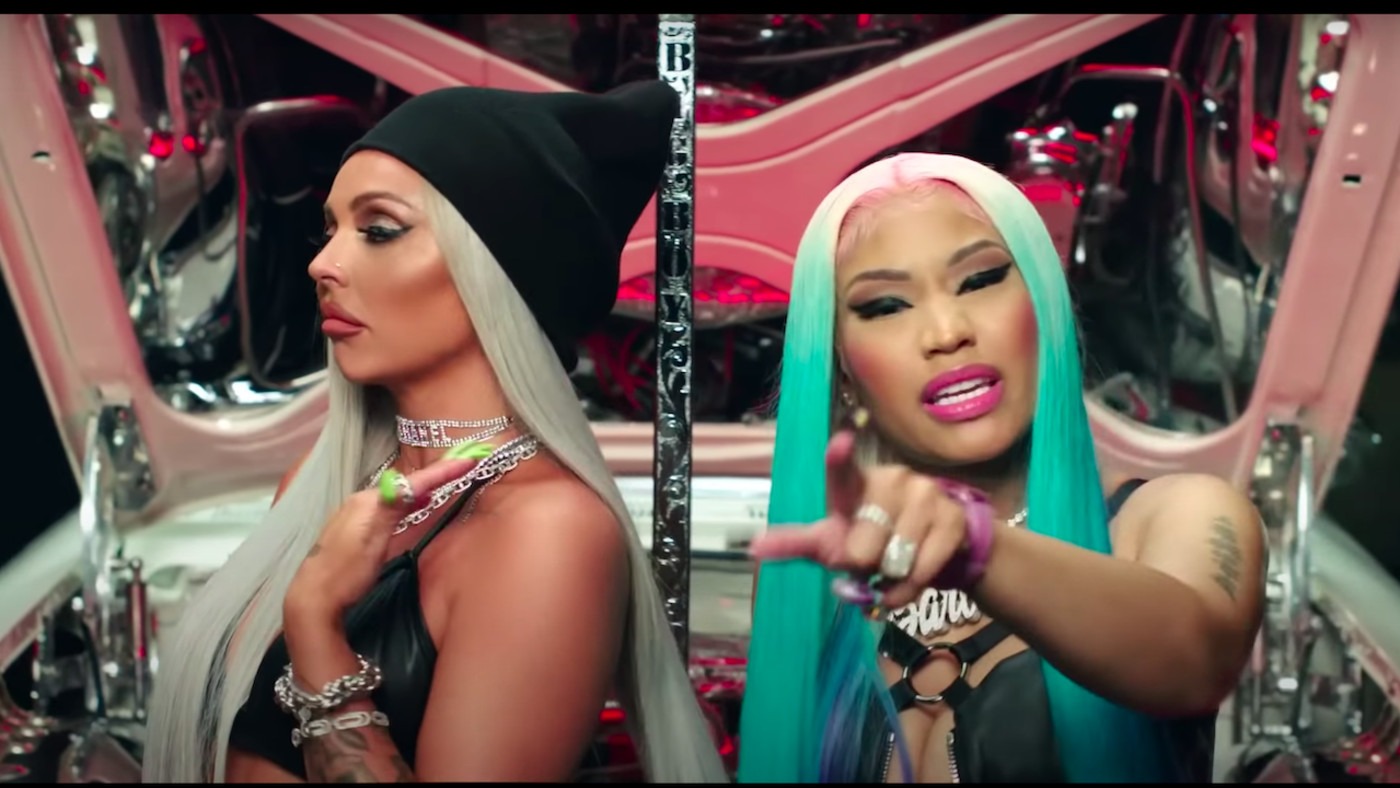 In the same Instagram Live, Jesy said she did not mean to cause offence with the music video.

The singer said: “I personally want to say that my intention was never, ever to offend people of colour with this video and my song because like I said, growing up as a young girl, this is the music that I listened to.” 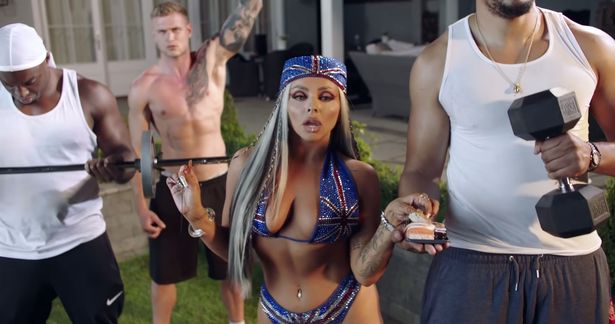 “My intention was never, ever, ever want to offend anyone and genuinely it actually does really hurt me that I may have offended people and actually, like, hurt people’s feelings just by genuinely celebrating something that I love.”

Hitting back at claims she changed her hair style for the video, Jesy explained: “I genuinely didn’t think I was doing anything wrong, because I’ve got naturally curly hair.”

“It’s just hard for me because I was in a group with two women of colour for nine years and it was never brought up to me up until the last music video I did with them,” she said.