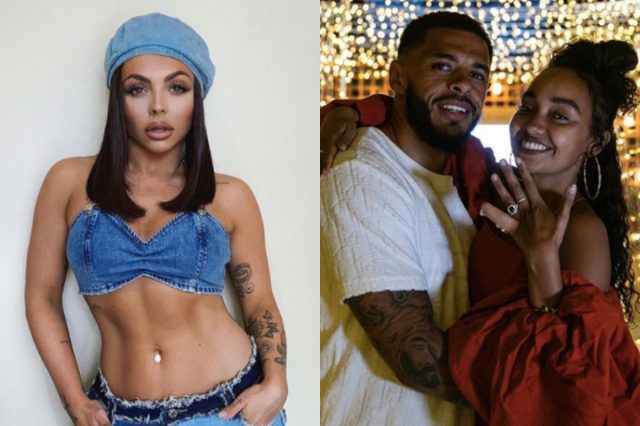 Andre Gray recently proposed to the 28-year-old on their four-year anniversary, and the couple confirmed the news on social media.

“Obviously we can’t give anything away, but we know it will probably be soon because Leigh-Anne has no patience,” she told Amanda Holden on her Heart breakfast show with Jade Thirlwall.

“She will just want to hurry up and do it, but it will probably be like the biggest most extravagant wedding ever because that’s just Leigh-Anne all over.”

The 28-year-old suggested that the rest of the girl band could be bridesmaids.

“I think it will be the height of fashion, I mean I’ll wear whatever she tells us to,” she commented.

“I mean we don’t even know if we’re bridesmaids yet, I love that we’re going on as if we’re definitely bridesmaids.”

Jade admitted that Leigh-Anne’s engagement had been a long time coming.

“Honestly, when I tell you that girl’s been waiting for years! Honestly,” the 27-year-old expressed.

“Every time Andre does anything romantic, she messages us, she’s like “it could be now”, we’re like “Leigh…chill babe.” ”

“It was so lovely, he did so well, it was a beautiful proposal we were so emotional,” she added.