Jess Glynne let fans down earlier this month, when she pulled out of a performance at Isle of Wight festival with minutes to spare.

The singer has been touring with The Spice Girls, as she warmed up crowds as the opening act for the girl band

The singer has now pulled out of another festival performance, this time at Glasgow’s TRNSMT festival, and took to Instagram to address why.

“It absolutely kills me to say this – especially given what has happened in the past few weeks – but on the advice of my throat surgeon, I am going to have to cancel my next shows through until July 14th”

“I hope to be back as soon as possible after that,” she wrote.

“I know many of my fans feel I let them down so badly when I pulled out of the Isle of Wight festival but the reason I knew I just wasn’t going to be able to make that performance has now been made clear to be by my doctor, Dr Zeitels.”

She then addressed the claims that she partied until 7am with The Spice Girls the night before her performance.

“It is true that I went out and celebrated the end of the Spice tour.”

“That was a massive high for me and I wanted to mark it with the women who’d become friends and mentors to me.” 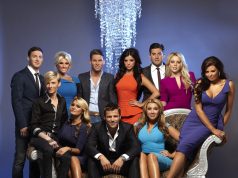