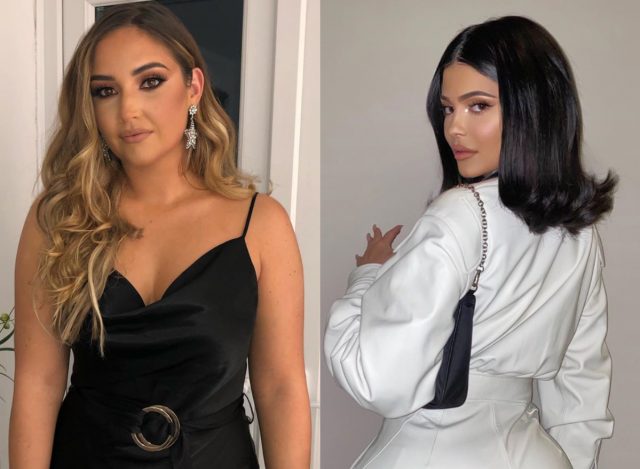 Jacqueline Jossa has revealed what Kylie Jenner said to her in a sweet video message.

After winning this year’s series of I’m A Celebrity… Get Me Out Of Here, the 27-year-old was shocked to receive a message from Caitlyn Jenner’s billionaire daughter.

Speaking on Capital FM this morning, Jacqueline explained: “I was standing next to Caitlyn at the afterparty and she was like, ‘Oh, hey give me your number.’ And I was like, ‘Oh my god! She’s asked for my number!’”

“I was like really cas[ual] just gave it to her, thinking she’s done that cleverly so I don’t ask for hers, so I’ll never have hers.”

“And then she did the whole ‘It’s Caitlyn’ and texted me so then I had hers. And I was like, ‘Oh my god!’ just cas[ual], cas[ual] just save it as Caitlyn and don’t put Jenner, you know, all of that…”

Jacqueline continued: “The day I got home I got a message from her, a video, and it was her just like, ‘Hey Jungle Jaq! Hope you got home ok!’ and then she was like ‘I’ve got someone here that wants to congratulate you!’”

“Then literally Kylie, looking like a god, no make-up on either, she just looks amazing – she peered over and she was like ‘Jacqueline!’ She said my name in an American accent and it was just incredible.”

“She was like, ‘Thanks for beating my dad! You’ve done so well, I’ve heard so much about you!’”