Jacqueline Jossa has confirmed that she’s moved out of the home she shares with Dan Osborne.

Just days after the 27-year-old denied reports that she’s split from her husband, the soap star explained why she decided to relocate to a separate property in Kent.

Taking to Instagram, Jacqueline wrote: “Morning all. This is a message for all of the amazing supporters who always show me so much love.”

“I’ve been honest about my situation at the moment, and yes I’ve been staying at another house – a house my parents will eventually be moving into.” 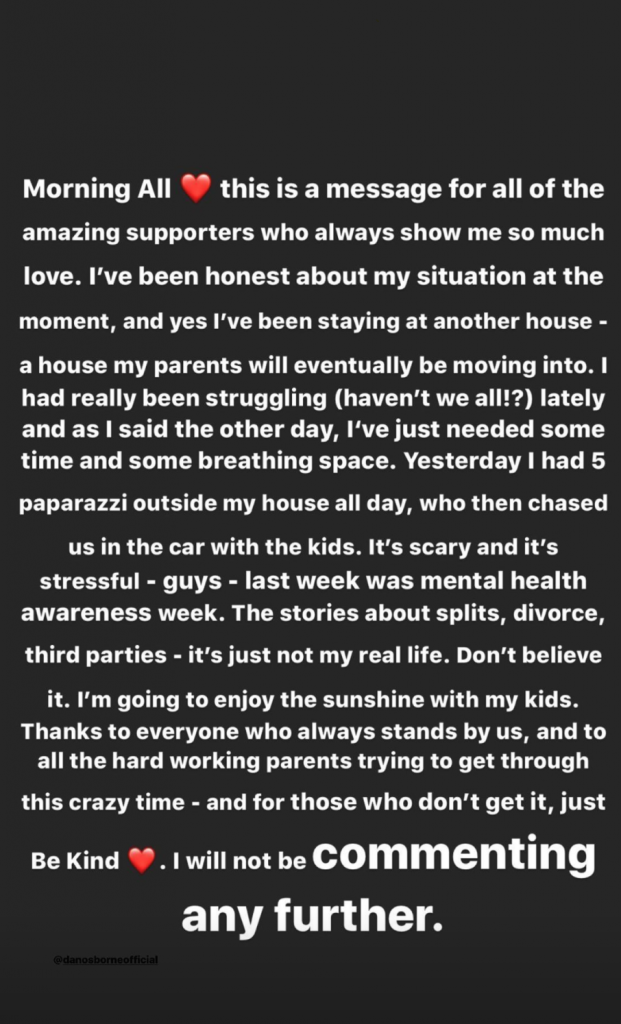 “I had really been struggling (haven’t we all?) lately and as I said the other day, I’ve just needed some time and breathing space,” she explained.

“Yesterday I had 5 paparazzi outside my house all day, who then chased us in the car with the kids. It’s scary and it’s stressful – guys – last week was mental health awareness week.”

“The stories about splits, divorce, third parties – it’s just not my real life. Don’t believe it.”

“I’m going to enjoy the sunshine with my kids. Thanks to everyone who always stands by us, and to all the hard working parents trying to get through this crazy time – and for those who just don’t get it, just Be Kind. I will not be commenting any further,” she added.

Jacqueline, who shares two daughters with Dan, denied reports that they had broken up over the weekend – after The Sun exposed the fact that she had moved out.

In a statement on Instagram, the mum-of-two said: “I need some time. There is no split. No divorce. We are working together not against each other.” 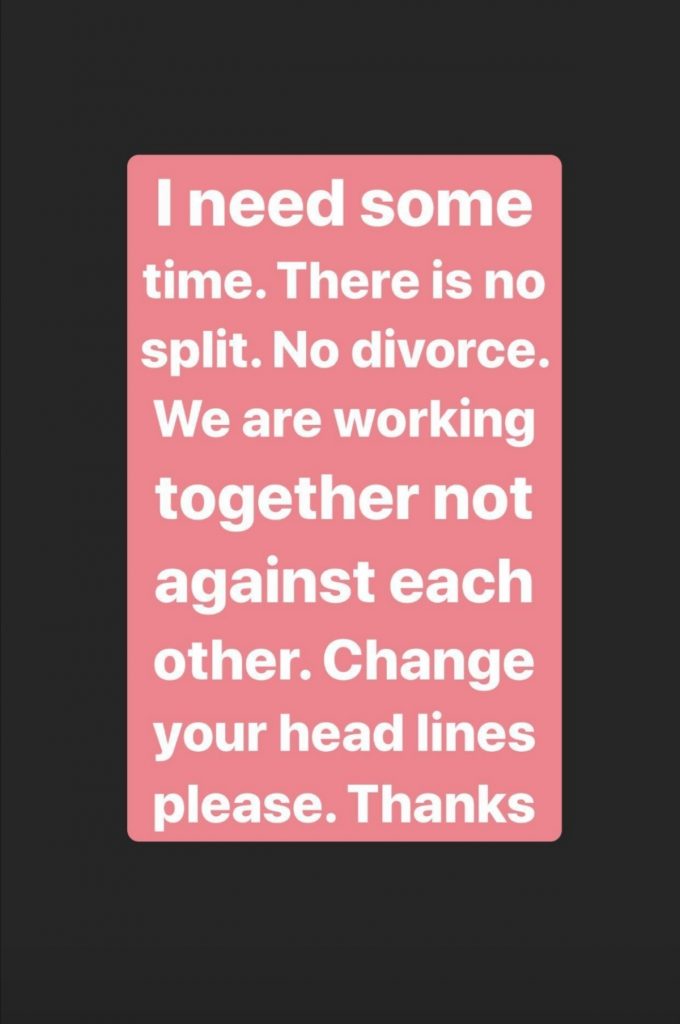 Jacqueline and Dan, who tied the knot back in 2017, have been plagued by rumours about him being unfaithful in recent years.