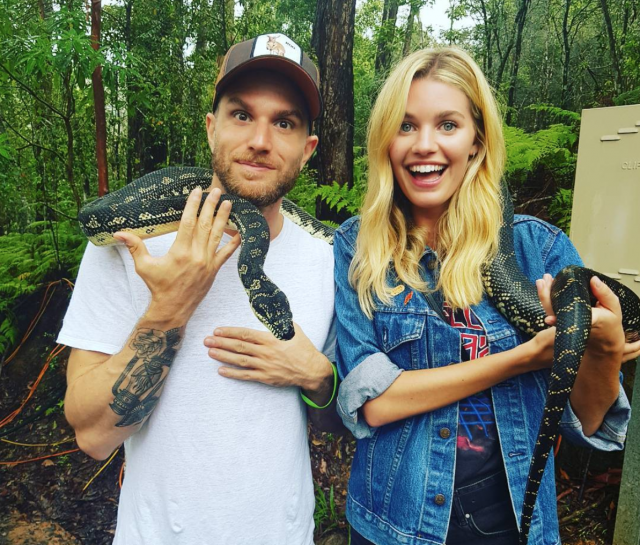 Joel Dommett has popped the question to his model girlfriend Hannah Cooper, and she said yes!

Last night, the I’m A Celebrity… Get Me Out Of Here star took to Instagram to share the happy news

The comedian shared the image of a lock on a door flipping from reading ‘Vacant’ to ‘Engaged’.

Joel first met Hannah on Instagram, after his appearance on I’m A Celeb last year.

Joel won over the British public during his time on I’m A Celebrity last year, and finished runner-up to Gogglebox star Scarlett Moffat.

Joel and Scarlett were then announced as the new hosts of I’m A Celebrity… Extra Camp in October, joining returning host Joe Swash on the ITV spin-off show.

The star previously spoke about meeting Hannah on Instagram on Loose Women back in August.

“We met on Instagram. She sent me a cat emoji with the heart eyes. That is the modern equivalent of the old phrase ‘you had me at hello’, now it’s ‘you had me at cat emoji’,” he said.