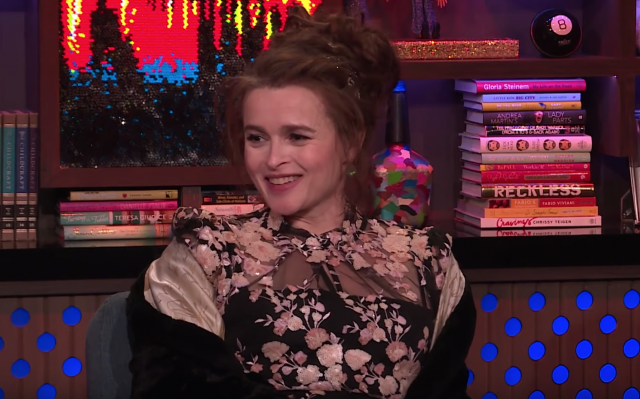 Helena Bonham Carter has admitted that she asked Prince William to be her child’s godfather, after having one too many drinks.

Appearing on Watch What Happens Live with Andy Cohen, the actress confirmed a fan’s question that she once drunkenly asked the Duke of Cambridge to be her daughter’s godfather.

Helena revealed, “I wasn’t that drunk, but enough drunk for me not to drink anymore,” before adding, “He wasn’t totally sober himself. Not in a bad way, it was just very jolly.”

She explained: “Thing is, I’d spent all my friends as godparents on my first child, so Billy had 11 godparents. So, I thought I could make up for Nell, you know who suddenly came along and we didn’t have any left. I thought, ‘Well, if I give her Prince William that would cover,’ you know?”

“He just said, ‘You don’t want me to be godfather to your child.’ And I left. I mean obviously, it didn’t work out,” she admitted.

The actress, who shares two kids Billy (16) and Nell (11) with ex-husband Tim Burton, is currently playing William’s great aunt Princess Margaret in the new series of The Crown.