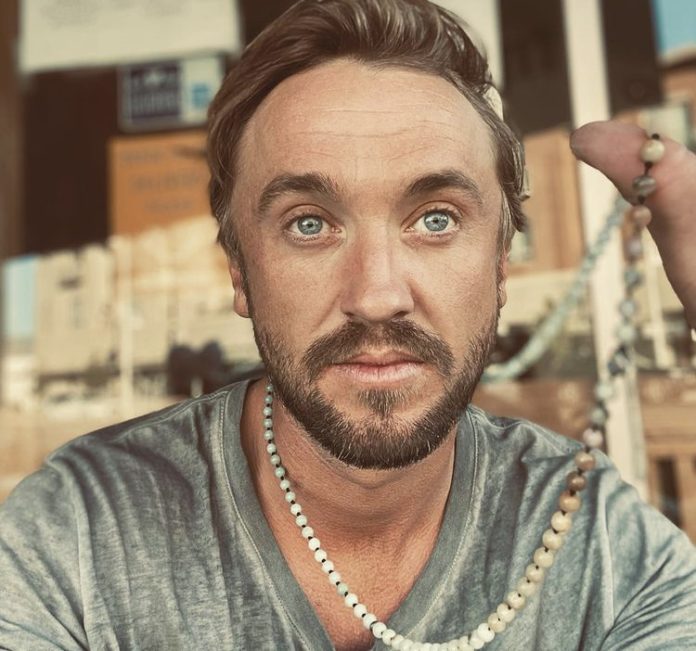 Tom Felton has shared an update with fans after collapsing at a celebrity golf tournament.

The Harry Potter star was taken to hospital earlier this week after suddenly collapsing on the course during a friendly golf match in Wisconsin.

The 34-year-old took to Instagram on Saturday to reassure worried fans that he was feeling a lot better after the “scary episode”.

Scary scene at Whistling Straits, where Tom Felton collapsed on the 18th green and was carted off after playing in the celebrity portion of the Ryder Cup pic.twitter.com/ssPSCBTw9S

The actor said: “Hello everyone, ladies and gentleman, boys and girls, just wanted to say a huge thank you for all the lovely well wishes as of… a scary episode really.”

“People have been taking really good care of me so thank you very much to anyone who has sent messages of get well soon, because I am on the mend officially, in case you were worried.”

“Thank you so much for your help, I’m on the road to recovery. Time to go watch some Ryder Cup action,” he added.

Tom is best known for playing Draco Malfoy in the Harry Potter films.

Following his collapse, the PGA of America said in a statement: “In today’s Ryder Cup Celebrity Match, actor and musician Tom Felton experienced a medical incident on the course while participating for Europe.”

“He was transported to a local hospital for treatment. No further details are available.”