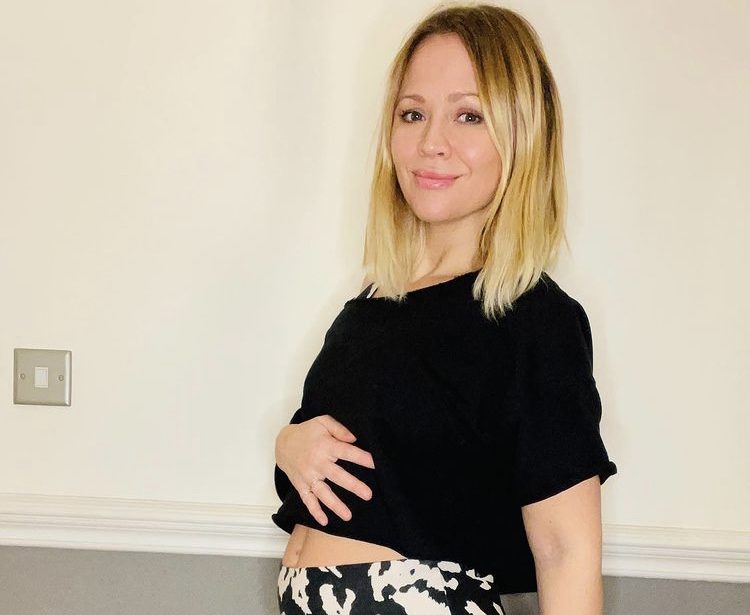 Kimberley Walsh has revealed the gender of her third child with husband Justin Scott.

The Girls Aloud star shared her pregnancy news back in December, and the couple are already parents to two sons – Bobby, 6, and Cole, 4.

In a sweet video shared by OK! Magazine, the couple revealed they are expecting another baby boy, with their sons cheering as blue confetti shot out of a cannon.

Kimberley told the publication: “I’m really excited now. I’ve got to the point where I’d like to meet him. I’ve got two boys who look completely different, so I think, ‘How am I going to create another one that’s got their own vibe going on?’”

“They’re typical boys in a lot of ways and have got a lot of energy, but they are also very sensitive and so caring and loving. That doesn’t seem to be going anywhere. Bobby is six going on seven, and he still gives me massive hugs all the time.”

“You do get a lot of love from boys. I’m such a cuddly person and I love that they need me. I love that, to them, I can do no wrong.”

The 39-year-old also spoke about her former bandmate Sarah Harding’s cancer battle, saying: “It’s been a really tough year and she’s honestly the most amazing woman.”

“I’m so happy with the reaction to the book and how much the fans came on board and downloaded her songs to give her a boost,” she said of Sarah’s new memoire ‘Hear Me Out’.

“It does have that impact and we’ve always had the best fans in the world, and they’ve always come out when they’re needed – and they did this time. I know everybody wants to send her that love and I’m constantly trying to pass that back to her.”

Sarah was diagnosed with advanced breast cancer last year, but the cancer in her body has sadly spread, and she was told by doctors that Christmas 2020 would “probably” be her last.