Gabby Allen has slammed her ex boyfriend Myles Stephenson over comments he made on I’m A Celebrity… Get Me Out Of Here! this week.

The Love Island star, who is currently on holiday in Thailand, claims she hasn’t been watching the show – but said fans have been filling her in on what Myles has said.

During Tuesday night’s episode, Myles said he’s struggled to find a meaningful relationship during a conversation with Roman Kemp and Ian Wright.

Responding to Myles’ comments on her Instagram Story last night, Gabby shared a photo of his face photoshopped onto a leopard, and wrote: “OMG I’m dead 🤣 I’m not even watching the show but people are sending me things like this. Saying meet ‘meaningful Milo’.. 🤷🏼‍♀️🤣.” 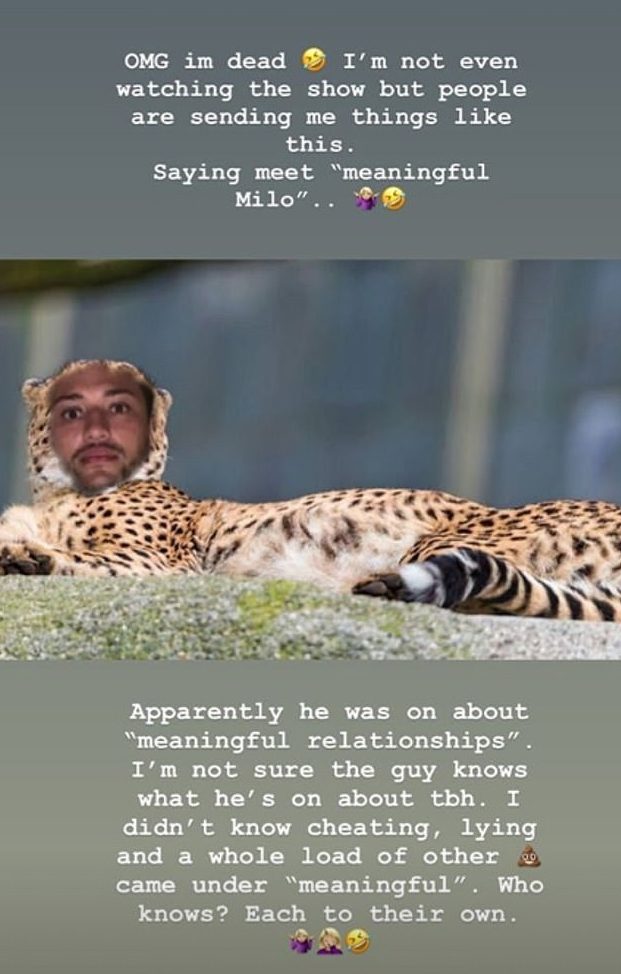 Gabby confirmed her split from Myles back in August, amid reports that he had been caught messaging other women.

At the time, she said in a statement: “The news paper articles are true. I am no longer in a relationship. I hope youse have all had a better week than me!”

The news comes following reports that Myles is ‘willing to tell’ his fellow campmate Jaqueline Jossa what really happened between her husband Dan Osborne and Gabby, after they were linked last year. 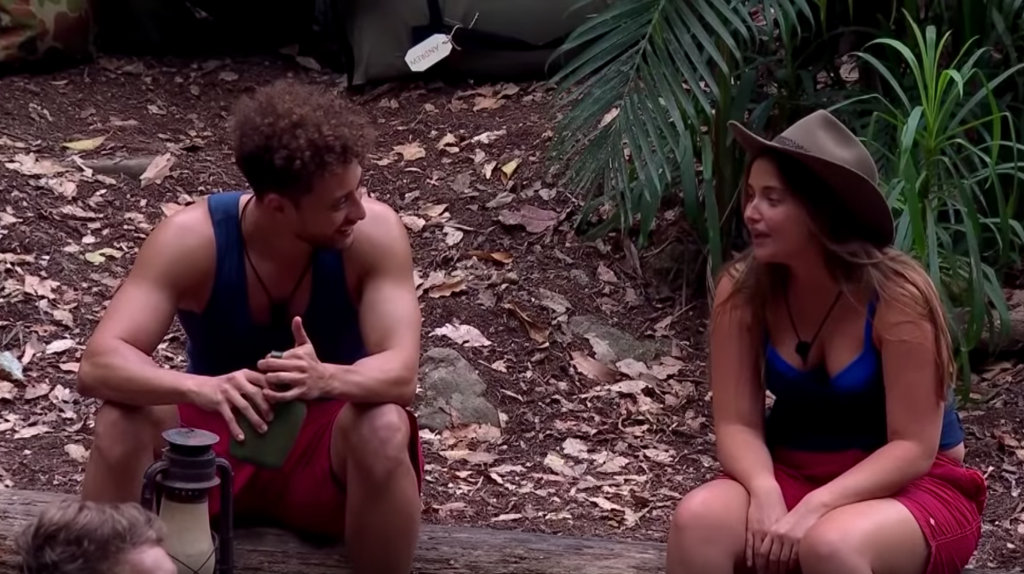