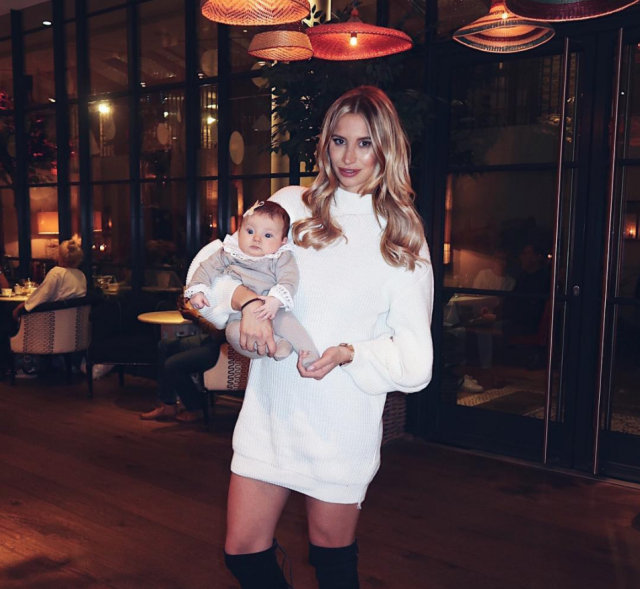 The former TOWIE star had come to terms with life as a single mum after her daughter’s father was sentenced to 20 years in prison, after he carried out a horrific acid attack in a nightclub in London last year.

However, Ferne was forced to make a decision after Arthur’s legal team sent her a letter asserting his right to see Sunday, and be involved in her life.

Speaking to The Sun, Ferne explained, “It is a huge thing to have to make decisions you are forced into. I have to think of Sunday and what is best for her. It hasn’t been an easy decision and some people may think I’m wrong.”

“But the last thing I want to do is hide what is going on. I’m with Sunday every day of her life and she is my number one priority. I am doing this so she can make her own choice when she’s older, rather than me forcing it on her now.

“I hope it is the right decision, and I think it is. Having accepted that position I had to accept I would probably also need to see Arthur again.

“If Arthur has to see Sunday, then I want absolute control of the situation. If she is going into a prison I want to be with her and know she’s OK. I’m not going to just drop her off and hope for the best,” she continued.

Ferne also made sure to point out that she will never get back with Arthur, after the horrific crime he committed.

“Arthur and his family will always be in my life because we have a child. But I don’t know how people can possibly think Arthur and I are still together. There is no way back.

“I don’t think people realised the impact Arthur’s actions had on me as they were rightly more concerned with those that were physically hurt that night. Those actions have made the last 12 months of my life horrendous,” she added.