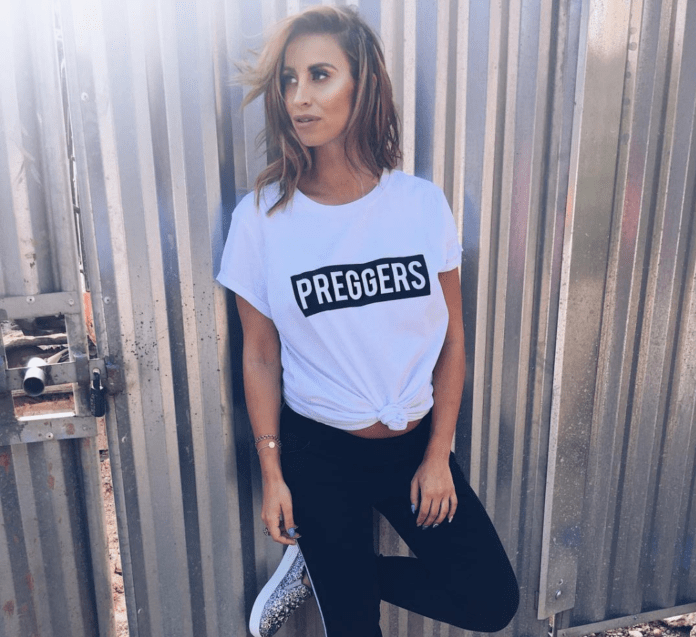 Ferne McCann discussed her pregnancy in a new interview this week, and explained why she refuses to be labelled as a “single mum.”

The former TOWIE star has been through a lot since she announced her pregnancy back in April.

The reality star’s ex-boyfriend Arthur Collins, who’s the father of her unborn baby, is currently on trial after carrying out an acid attack that injured 16 people at an east London nightclub.

However, Ferne told OK! magazine that she does not want to “dwell on the past”, and she feels “stronger” than ever, even after everything that has happened.

The 27-year-old says that being pregnant has made her into “a much stronger person.”

“I’m being strong because I have to think about my baby. The whole process of being pregnant has made me a much stronger person.”

“They say what doesn’t kill you makes you stronger and it really is true. I feel like I’ve developed a new armour this year.

The former reality star gives some advice for woman in the same position as her, saying, “In life you’re dealt the hand that you’re dealt, and you actually really surprise yourself with how much you can cope with.”

“To me, I’m going to be a mum like anyone else, but just in a different situation. It shouldn’t define you.”

Ferne appeared on This Morning back in April when the news came out about her pregnancy and the acid attack in which her ex Arthur Collins is on trial for.

Ferne confirmed she was pregnant with Arthur’s child two days after he was arrested on suspicion of carrying out the acid attack.

I wanted to thank you all for the support and kind messages over the last few weeks. I’m overwhelmed and so grateful ???????? your kind words have meant the world – from the bottom of my heart – THANKYOU. ????

The star got emotional during the show while discussing her pregnancy.

“It had been such a stressful, surreal situation to be in but I’m actually feeling good, feeling positive because I’m pregnant.”

She has now revealed she is planning to have a hypnobirth for her first child – and that her mum Gill will be her birthing partner on the big day.