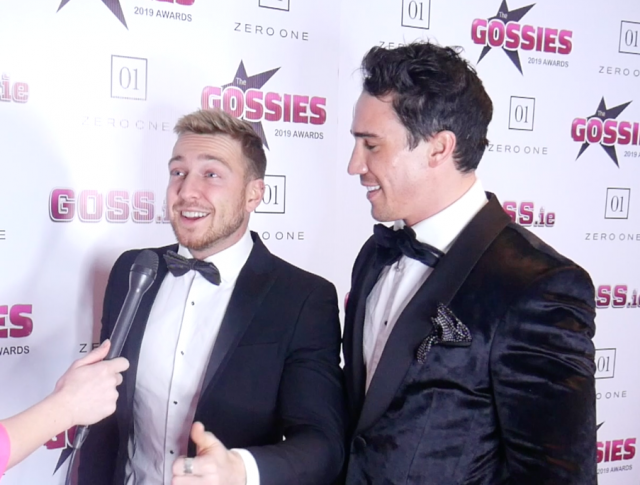 The Gossies 2019 sponsored by Zero One Salon are taking place tonight in The Alex Hotel in Dublin.

The annual event saw some huge celebs step onto the red carpet, as stars such as Doireann Garrihy and Jenny Lee Dixon looked incredible for the night.

Made In Chelsea’s Sam Thompson and Josh Patterson also attended the event on the night and we caught up with them on the red carpet. 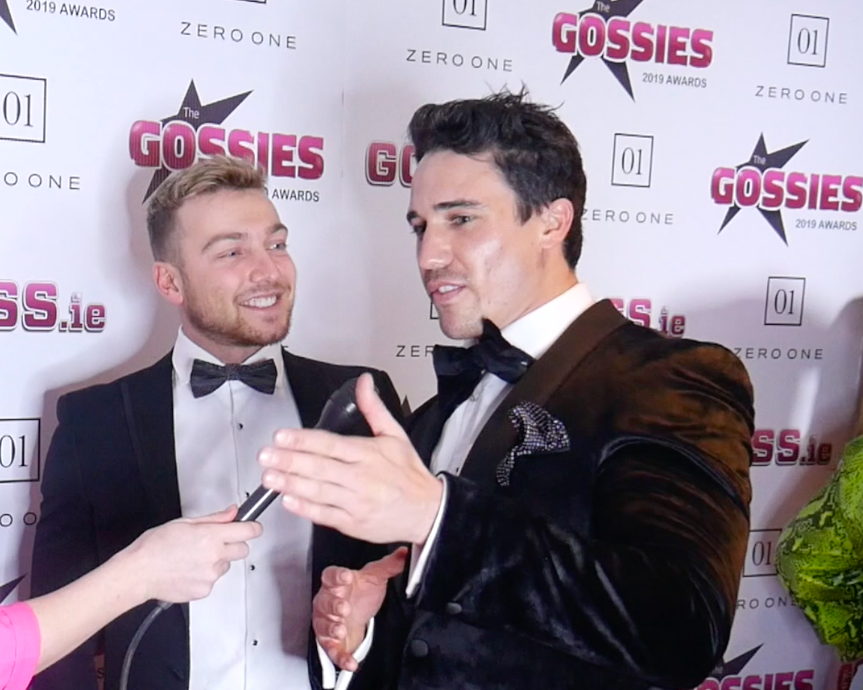 When asked if they were single, Sam looked at his Made In Chelsea co-star and said: “He’s single yeah”.

The pair are also going to present the award for Best Television Show at the Gossies and joked that it’s more nervous presenting with someone, than doing it solo.

“I get more nervous if you’re giving out an award and you have a partner with you it makes you more nervous,” J.P. said.

Check out Sam and J.P.’s interview below: