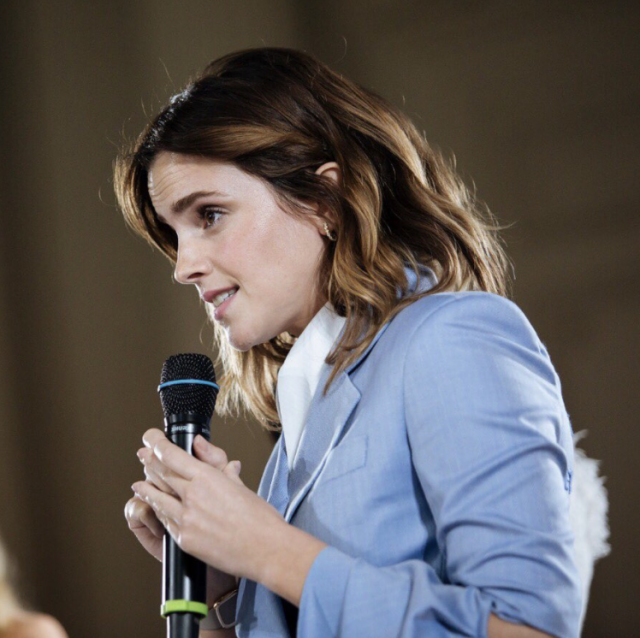 Emma Watson has been appointed a director on the board of French luxury fashion group Kering.

Kering is the second biggest luxury group in the world and includes the brands Gucci, Saint Laurent and Balenciaga.

The actress, who came to fame thanks to the Harry Potter franchise, was also appointed the chairperson of the board’s sustainability committee.

The Little Women star was nominated to the board by shareholders at the group’s annual general meeting in March.

Kering is proud to announce that Emma Watson is joining its Board of Directors, alongside Jean Liu and Tidjane Thiam. Their appointments have been approved by Kering’s shareholders during the Group’s Annual General Meeting, as proposed by the Board of Directors in March 2020. Emma Watson has also been appointed Chair of the Sustainability Committee of the Board of Directors. The combined wealth of experience and skillsets of these three well-known figures will be complementary assets to the Group, enhancing the quality of the work done by the Board of Directors. The latter will benefit from their contribution in defining the Group’s strategic orientations. “I am delighted to welcome Jean Liu, Tidjane Thiam and Emma Watson to our Board of Directors. Their respective knowledge and competence, the multiplicity of their backgrounds and perspectives will be invaluable additions to the reflections of Kering’s Board of Directors. The collective intelligence that comes from the diversity of point of views and the richness brought by different experiences are crucial to the future of our organization, and I am proud to add such impressive talents to the team.” François-Henri Pinault, Chairman and CEO of Kering. Click on the link in bio for more info. Photo by Carter Bowman @emmawatson

The CEO of Kering, François-Henri Pinault, stated that the Harry Potter star’s “knowledge and competence” was an “invaluable addition” to the luxury group.

“Emma Watson is also a pioneer in advocating for sustainable fashion and is a supporter of Good On You, a mobile app which allows consumers to check the sustainability credentials of clothing brands.”

He added, “I am proud to add such impressive talents to the team.”

@teatumjones have joined @goodonyou_app ⭐️ allowing them to vocalise the work they’ve been doing to move towards being a better, pro-social, sustainable and modern brand. ✨ I love that their SS19 collection was inspired by interviews with activists & campaigners (including @jusmarai 💛) working to End Violence Against Women & Girls! Our collaboration for @g7 fit like a glove 🧤💚

Emma joined the Good On You movement as an official supporter last year.

The app is the world’s leading source for fashion brand ratings, rating ethical and sustainable fashion.

The 30-year-old spoke about the journey towards a more sustainable future:

“On the red carpet we’re often asked not what we are wearing but ‘who’. It’s as if the ideas behind the clothes – the label, the designer, the collection – have more meaning than the garment itself. But there’s something missing.”

“There’s a bigger story to be told about the conditions in which our clothes are made, the resources that have been used and the impact they’ve had on communities.”

At the beginning of last month, when life for some of us hadn't yet completely shifted, I was honoured to have spoken with Dr. Valerie Hudson about her book, Sex and World Peace. We spoke about what inspired her to write her book and the realisation that how we’ve treated women is actually the template for how we’ve treated our Earth. Swipe to read the full piece. 🌍 ✌🏽 Photo by talented – @macksfilms⁣ ⁣ @djunabel @majormoonn @kateydenno @lihiyogini

The Kering group’s turnover stood at €15.9 billion last year, with a net profit of €2.3 billion.