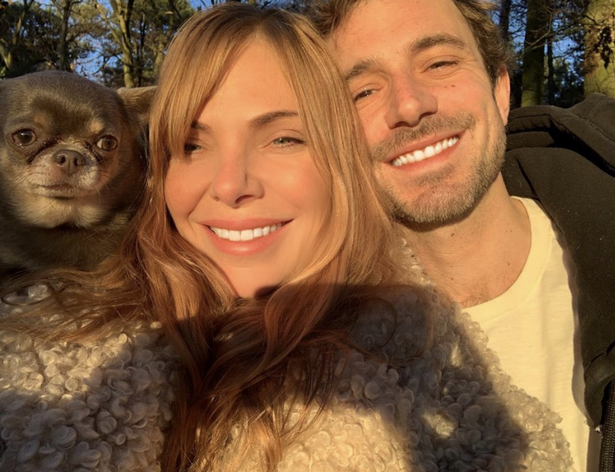 The ex EastEnders star, who played Ronnie Mitchell in the popular soap, worked with Oliver onstage in 2019 on The Girl On The Train.

A source told The Sun Online: “Samantha’s chemistry with Oliver was clear to see on stage and they remained close after the production.”

“They couldn’t be happier and have loved dating away from the public eye. They’ve met each other’s families and it all feels very natural.”

“They’re totally smitten with each other,” the insider added.

It IS!!!!! How could you tell ? Here’s some funny ones of his gorgeous face 🥰 https://t.co/EjEVS2JXdM pic.twitter.com/qegUk76Bdu

Samantha split from her husband Mark in 2018, who she shares a 20-year-old son and a 16-year-old daughter with.

According to the source, “Mark is happy for her… It’s all very grown-up and modern.”

Oliver played Andy Carver in Coronation Street from 2014 until 2017.

Samantha announced her split from her husband Mark last year, telling OK! Magazine at the time: “Mark and I have always been great friends and have raised a family for 19 years.”

“But we both realised about three or four years ago that we wanted different things from the next chapter of our lives and we actually made the decision to end our marriage two years ago.”

“I’m a bit more out there and love camping and the idea of living off grid. Mark is quieter than me and just wanted a quiet life. We’re both actors and tour a lot so we spent a lot of time away from each other.”

“We suddenly realised that when we came back together to spend time with the family, we wanted to do different things. I think for a long time we felt guilty about this and just didn’t communicate. And then about two years ago, I brought up how different we’d both become and Mark said it was something we really needed to think about and consider.”

On this week’s episode of The Gosscast, Goss.ie Founder and CEO Alexandra Ryan sits down with Goss.ie Editor Kendra Becker to chat about all the celeb couples who rekindled in their romances.

To celebrate the reunion of Ben Affleck and Jennifer Lopez, the girls are taking a walk down memory lane, from discussing the “break” Prince William and Kate Middleton took to the drama that was Justin Bieber and Selena Gomez.