Eamonn Holmes and Ruth Langsford have broken their silence on  This Morning’s presenting shake-up.

After 14 years presenting the show on Friday mornings, the couple are set to be replaced by Alison Hammond and Dermot O’Leary.

Taking to social media, Eamonn and Ruth released a joint statement wishing their replacements well in their new roles.

They wrote: “It’s a changing of the guard on Fridays from January. We hope you make Alison and Dermot as welcome as you’ve made us over the years.”

It’s a changing of the guard on Fridays from January. We hope you make Alison and Dermot as welcome as you’ve made us over the years. Have a Ball you two !
It’s not Goodbye from us, it’s simply Au Revoir until the next half term. https://t.co/vvdzZMaccg

“Have a Ball you two! It’s not Goodbye from us, it’s simply Au Revoir until the next half term.”

The couple will now host the show during school holidays when Holly Willoughby and Phillip Schofield are off.

Speaking about her new presenting gig, Alison said: “I never dreamt that when I first joined This Morning – initially for a few months – that I would still be there 19 years later.

“I genuinely care about the show and the viewers who watch, so it’s a huge privilege and honour to be hosting a show I adore so much.”

She added: “I’m just really excited to be doing even more of what I love alongside the lovely Dermot.”

Dermot said: “I’m deeply thrilled and honoured to be joining the This Morning team next year. We have huge shoes to fill and we are well aware what a privilege it is to be stepping into them.

“Above all, we want to have fun and for you to be able to kick your weekend off with a smile, especially given the year we’ve all had.

“So I’m delighted to be co-hosting with the living embodiment of sunshine on a rainy day. I can’t wait to get started.”

The switch-up will come into play from January 8th 2021.

The news comes after Ruth denied claims she made a dig about Alison reality TV background.

Last week, the Sunday Mirror published an interview with Ruth where she opened up about her and Eamonn’s career as TV presenters.

She said: “We’ve put the work in. We didn’t do a reality show and get an overnight job on the telly. We’ve come up through the ranks.” 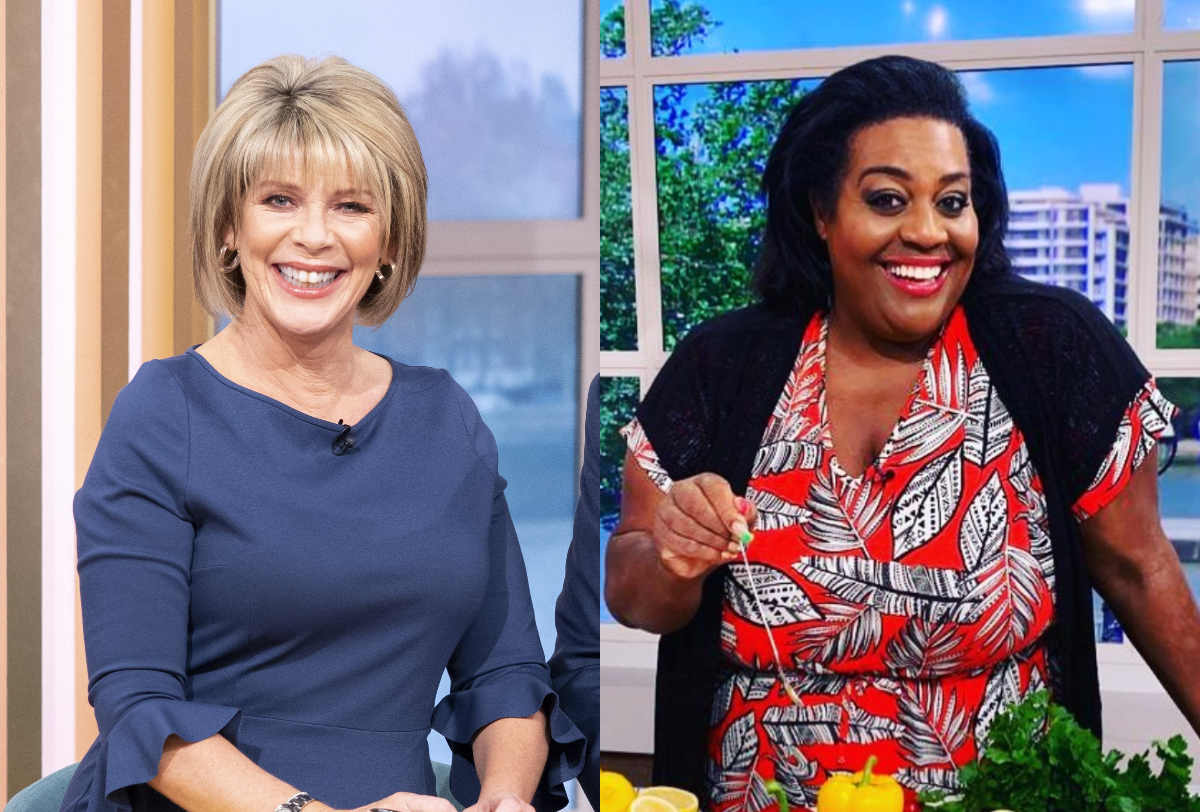 After the interview hit headlines, Ruth was accused of taking a pop at Alison, who shot to fame on Big Brother back in 2002.

A spokesman for the 60-year-old told MailOnline: “The comments from Ruth were made as a general observation in an interview conducted more than six weeks ago, about the industry and different routes into the business.”

“Ruth was simply illustrating a point that whereas some presenters launch their careers by being on other TV programmes first, her and Eamonn’s experience and career paths had taken a different and more traditional path.”

“This wasn’t directed at anyone in particular – indeed she has always been supportive of a number of her professional colleagues and friends who have taken this route.