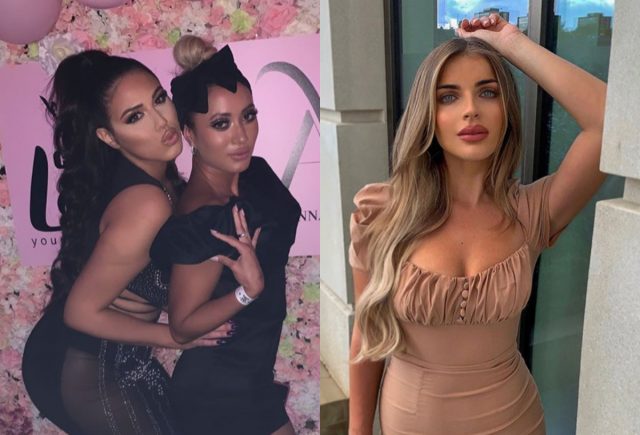 Casa Amor reject, Maria Wild, has accused Love Island star Kaz Crossley of throwing a drink over her during a row.

The pair were among guests at Anna Vakili’s lash launch party in London last night.

The model, who appeared on Love Island during the show’s Casa Amor twist this year, took to Instagram to accuse the 2018 finalist of throwing the drink, branding her an “insecure b***h.”

“No one say hello to [Kaz Crossley’s] boyfriend, because she’ll throw a drink over you. Insecure b***h,” she wrote, tagging Kaz in the picture showing Maria’s outfit destroyed with a drink.

Maria then claimed that Kaz further accused her of sleeping with her boyfriend, Theo Campbell.

“‘I know you fucked Theo’ WHO HUN?” she added to the social media post.

Meanwhile, Theo shared a video on his Instagram Story showing himself and Kaz at the launch, surrounded by guests.

The video then pans to other guests in the background, showing Maria in shot, seemingly stood by herself and drinking from a straw.