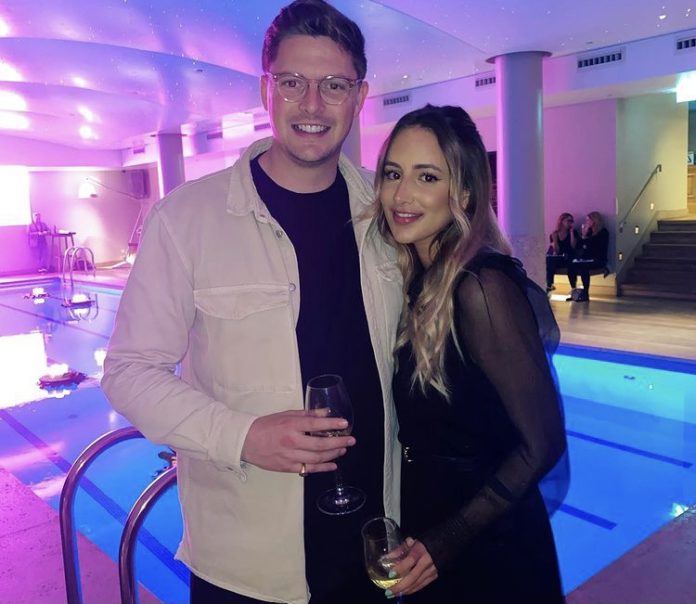 Dr Alex George has slammed trolls who have been sending “disgusting” messages to his girlfriend Ellie Hecht.

Ellie, who is Jewish, took to Instagram to share some of the antisemitic messages she had received via direct message.

She wrote: “Here are a handful of shocking messages I have received for my family heritage, from some uneducated trolls.” 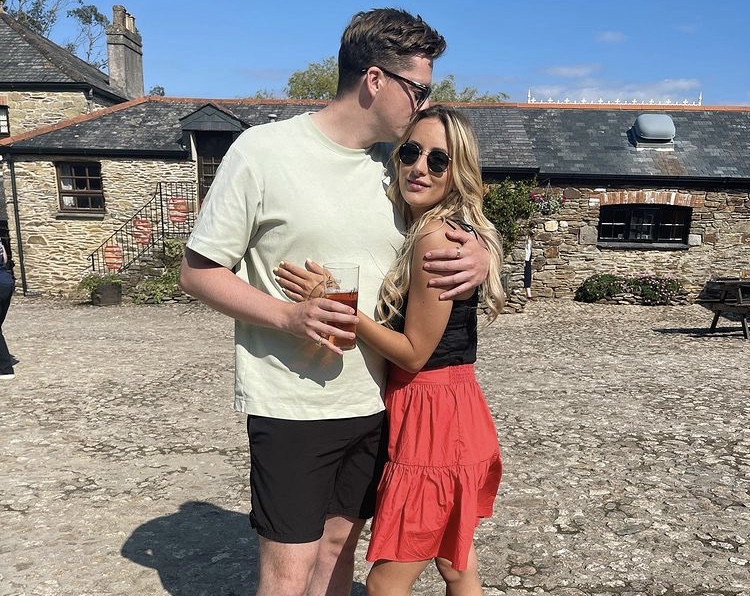 “I wasn’t going to post this but I have seen a lot of antisemitism recently and it isn’t talked about enough and I am shocked by the silence of the majority in the wake of very recent antisemitism.”

“Jewish people have been persecuted for hundreds of years and it is still NOT okay. I couldn’t be more proud of my family heritage and on that note, I urge people to educate themselves before committing a hate crime.”

Alex reshared Ellie’s post on his story, and wrote: “I will not tolerate antisemetic abuse (nor any other abuse) towards Ellie in any way, shape or form. I can’t believe I am actually having to type this. Disgusting.”

“I feel awful now, all Ellie has done is by my gf. Feels like in a way I have brought this to her door. No one deserves that kind of abuse.”

He later added: “Thank you for all the kind messages to Ellie and I. Things do need to change. The good people in the world outweigh the bad x Thank you.” 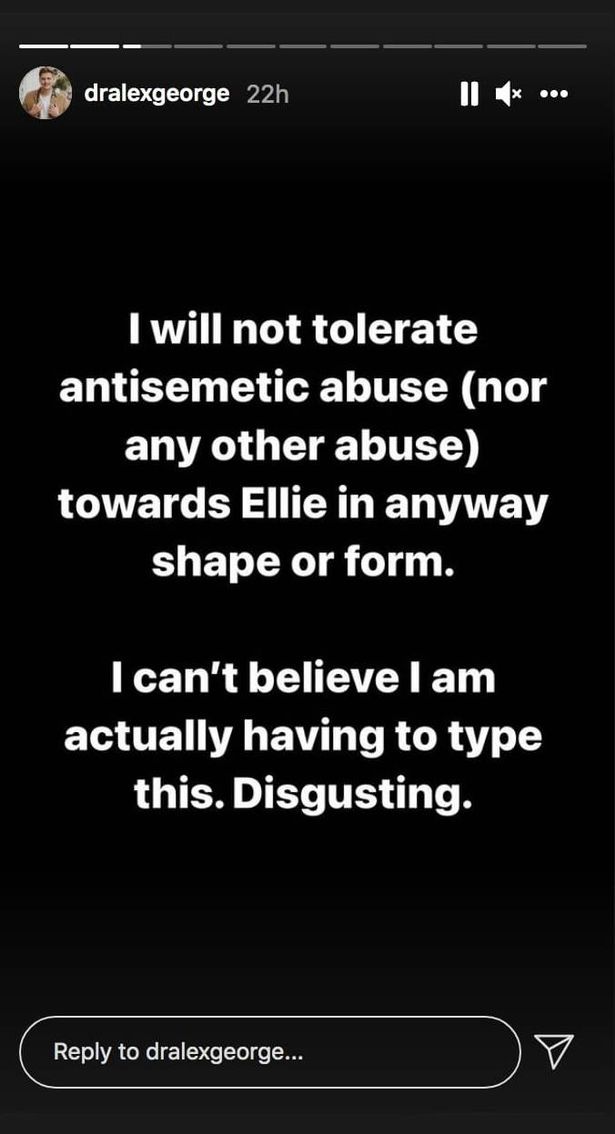 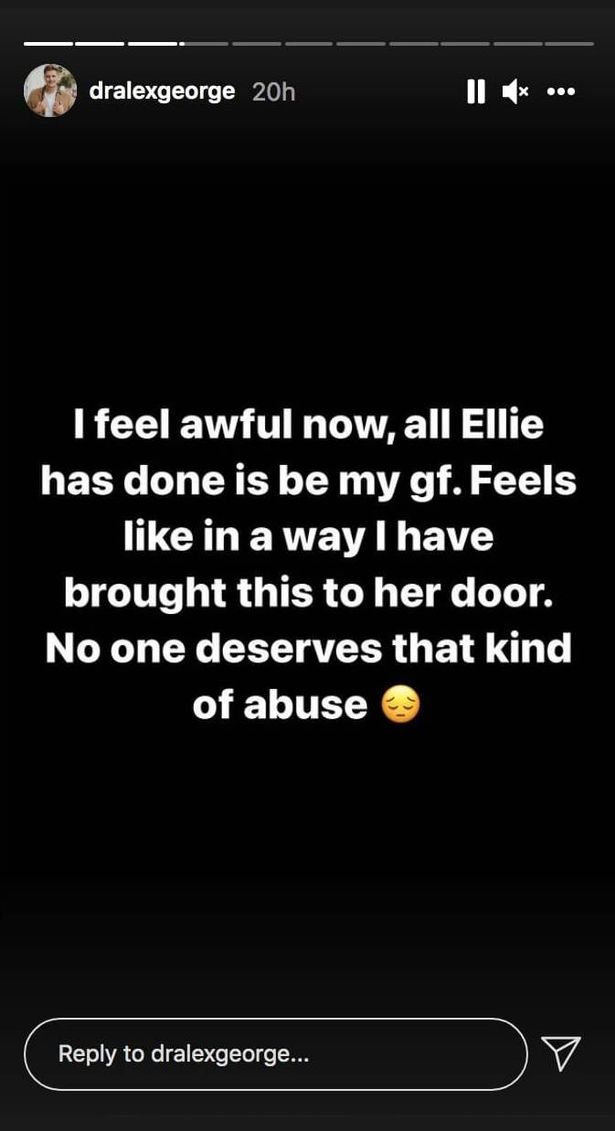 Taking to his story again this morning, the Love Island star said: “I just want to say thanks to everyone for your messages and I know I’ve kind of said that already but just to reiterate and had a lot of messages from Jewish people, people from Jewish background, culture who’ve experienced anti-semitism and it’s pretty shocking.”

“I just want to say thank you I know it means a lot to Ellie and yeah it’s not really okay is it? We need to do more I think to tackle this.”

Alex confirmed his romance with Ellie in June, when he went Instagram official with the barristers’ clerk.