Demi Jones has admitted she was “hurt” when Luke Mabbott moved on just weeks after their split.

The former couple met on the winter edition of Love Island earlier this year, coming in third place on the show.

However not long after they left the villa, they were forced to spend three months apart due to the coronavirus pandemic, calling it quits in May.

The following month, rumours began to spread that Luke had moved on with fellow Love Island star Lucie Donlan, with the couple confirming their romance shortly after.

Speaking about the break-up in a new tell-all YouTube video entitled ‘Q&A and RELATIONSHIP UPDATE’, Demi admitted she had been avoiding discussing the split.

“I knew in my heart something wasn’t right, it just wasn’t really working… I did say to him on numerous occasions, ‘How do you feel? Do you want to continue this?’ And he said he did.”

“Weeks roll into months, and again I noticed our replies and energy effort levels were just on a steady decline,” Demi continued.

Demi explained that “very shortly” after the split, she received a DM from a fan who had spotted Luke and Lucie in Cornwall, Lucie’s hometown.

“This was probably less than two weeks after the public break-up,” she added. 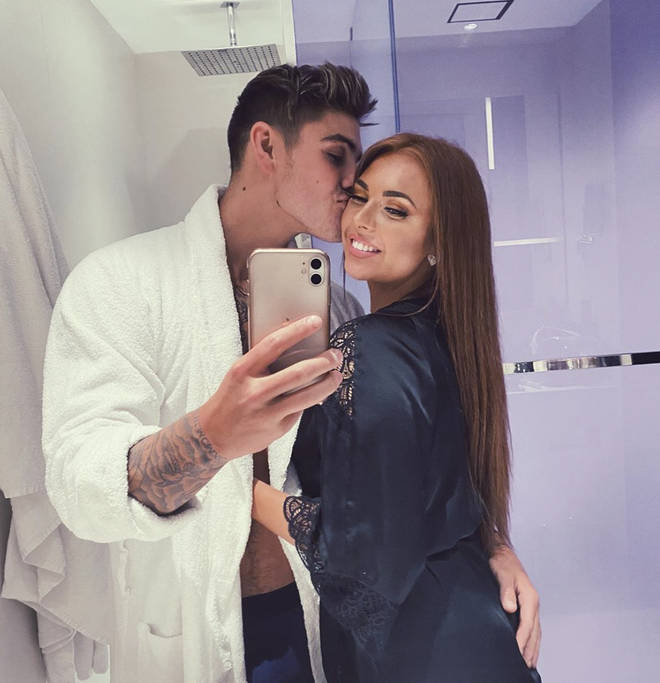 “I went back and went through all of Lucie’s profile to see if there was anything on there that would make it seem like they’re together. And I noticed all these cryptic captions and I put two and two together.

“They must’ve started talking during lockdown,” she concluded, “That’s why he suddenly wanted to cut [our relationship].”

Demi added that she didn’t want to bash Luke or Lucie, wishing them “nothing but the best”.

“I think I was just hurt by how it was handled,” she admitted, “I thought distance was the issue but clearly it wasn’t an issue because Lucie lives further away.”

Rita Ora and Taika Waititi pack on the PDA amid dating...