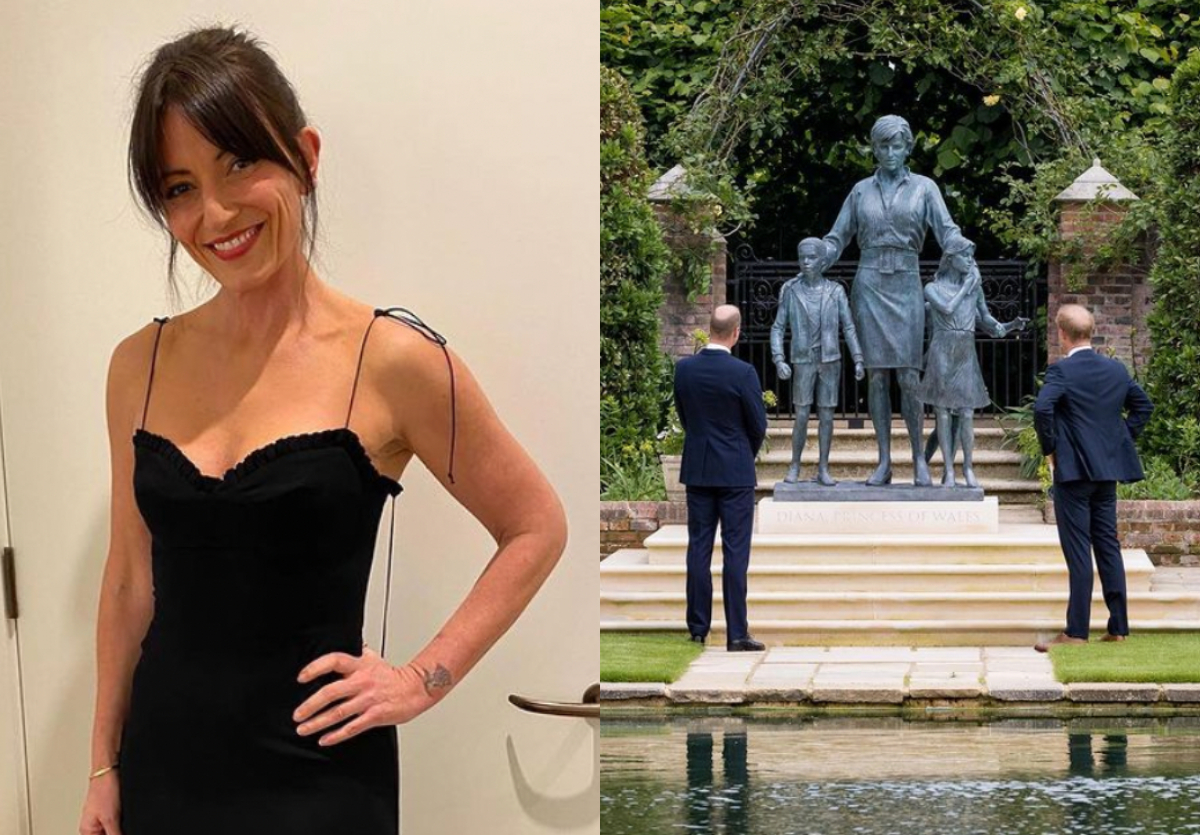 Davina McCall has deleted a tweet in which she criticised a new statue of Princess Diana.

On Thursday, Prince William and Prince Harry unveiled a statue of their late mother at Kensington Palace, on what would have been her 60th birthday.

After the first photos of the monument emerged, Piers Morgan slammed the statue on Twitter.

Let’s be honest – it’s not a great statue of Diana. pic.twitter.com/V8KZkbDmFF

Sharing a photo of it, the former Good Morning Britain host wrote: “Let’s be honest – it’s not a great statue of Diana.”

Replying to Piers’ post, Davina tweeted: “I really wanted to like it. But somehow… It doesn’t feel very Diana?

“Her joie de virvre… her radiance, her compassion. It feels stiff,” she added.

The TV presenter has since deleted her comment from the social media app.