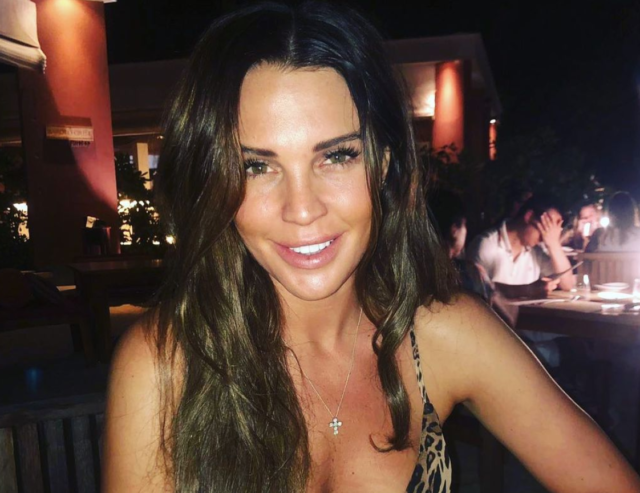 The 37-year-old is desperate for a daughter, and previously considered going abroad for gender selection treatment – which is illegal in the UK.

However, Danielle and her husband Michael O’Neill decided to try for a baby girl naturally, and found out they were pregnant in March.

Speaking to Closer magazine, Danielle said: “We were both just over the moon. Please let it be a girl!”

“Michael is really hoping for a girl and the boys are desperate too – they’re convinced it’s a little sister. If it is, that little girl is going to have an army of protective big brothers throughout her life!”

The former beauty queen shares three-year-old Ronnie with Michael, and is also mum to three sons – Archie, 10, Harry, 9, and George, 7 – who she had with her ex-husband Jamie O’Hara.

“I can’t wait to become a family of seven,” Danielle continued.

“I know there’s a risk it’ll be another boy though – having five boys would be totally mad!”

“But, of course, the main thing I want is for the baby to be healthy. And if it’s not a girl – we’ll just try again after!”