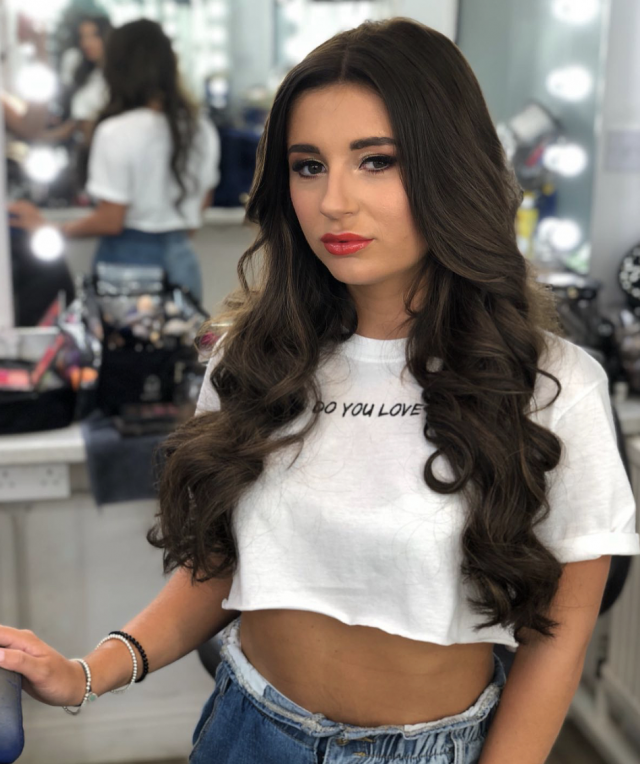 Dani Dyer has taken to Instagram to confirm her new relationship with Sammy Kimmence.

The former Love Island winner posted a sweet snap of herself sitting on her bae’s lap.

Sammy is an ex-boyfriend of the star, but the pair rekindled following her split from Love Islander Jack Fincham.

The pair have not made a statement regarding their relationship, but their cosy snap confirms the rumours.

While the couple look happy, some fans protested in the comments section, which has since been turned off, that they wished Dani had remained with Love Island partner Jack Fincham.

The reality TV star responded to critics directly in the comments section, saying:

“You all can say what you want to say honestly we live in a free world.”

“But I’m so f happy. I ain’t living a life to prove to people or to fake to people I am something I am not I’ve always been real.

“Some people like it some people don’t. I’m focusing on number one.”

The reality TV star has been keeping busy lately, with an exciting cosmetics collab with top Irish influencer and beauty mogul Suzanne Jackson.