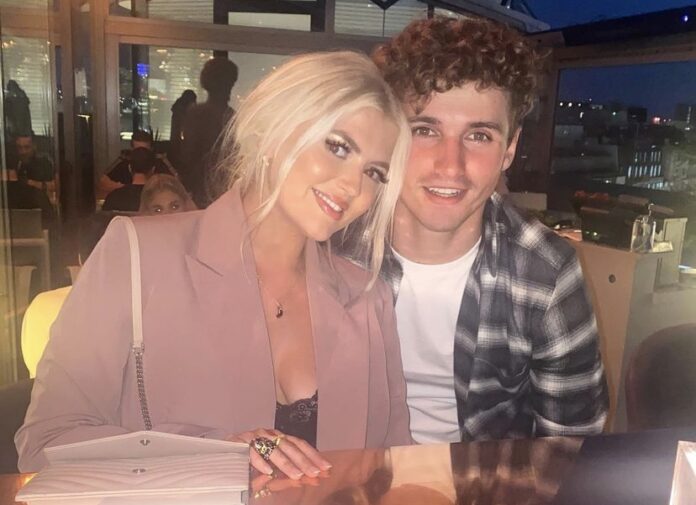 The actress, who played Bethany Platt on the soap, met her beau on celebrity dating app Raya in May 2021.

Ryan, who plays for Championship side Preston North End, added: “We’re really excited. I’ve always wanted to be a young dad so I can be active with them.”

Lucy revealed she sadly suffered a miscarriage back in March.

She said: “It was a traumatising, horrendous time. We went for a scan and they couldn’t see anything, so then we went to the hospital and they thought they could see something, so it was very up and down.”

The soap star continued: “I had pregnancy symptoms and I was feeling really unwell and when they were doing all these scans my symptoms were getting worse and worse and there were no signs I had had a miscarriage, so that made it more of a shock.”

“We just assumed everything was going to be fine. Then after a week when they’d done the blood tests and other tests I went back and they said that I had miscarried. It was a really strange feeling.”

“Even though so many people go through it, you never expect it will happen to you. I had imagined this little person who was going to come into our lives and then they were taken away from me. It was really mentally challenging and really horrible to deal with, but Ryan was so supportive.”

Lucy went on to say: “Situations like that can really test your relationship and when you go through something that’s really horrible you see how the other person deals with stuff and how they support you and how you support them. It just made us closer and stronger.”

“We’re very fortunate that it happened again for us. We weren’t putting pressure on it and I was trying not to put pressure on myself and then it just ended up happening that way for us. It was obviously just meant to happen.”

Ryan added: “I was a bit shocked because of what we went through and I didn’t think it would happen that soon. But we’re made up and it felt like the next stage for us. It felt like it was meant to be.”